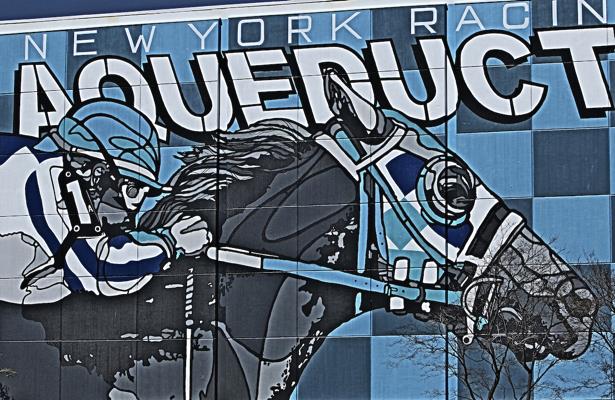 The New York Racing Association Inc. announced race dates for the 18-day Aqueduct Racetrack fall meet, offering 29 stakes, including 11 graded events, worth $3.41 million in purse money, that will kick off on Friday, Nov. 6, and run through Sunday, Dec. 6.

Opening weekend of the Aqueduct meet, which coincides with the Breeders' Cup set for Nov. 6-7 at Keeneland Race Course, begins with the $100,000 Tempted for juvenile fillies and $80,000 Atlantic Beach for juvenile turf sprinters on Nov. 6.

The $100,000 Red Smith (G3), a 1 3/8-mile turf marathon for 3-year-olds and up, continues the graded stakes action at the fall meet on Saturday, Nov. 21. Two divisions of the New York Stallion Stakes Series will take center stage on Sunday, Nov. 22, featuring the $100,000 Thunder Rumble, a seven-furlong sprint for 3-year-olds and up, and it's filly counterpart, the $100,000 Staten Island, also at seven-eighths on the main track.

Thanksgiving Week at will feature three days of racing action, beginning Friday, Nov. 27, through Sunday, Nov. 29, with 10 stakes worth $1 million.

Closing weekend of the fall meet features seven stakes worth $1.4 million, beginning on Saturday, Dec. 5, with the 32nd renewal of the $250,000 Cigar Mile (G1) for 3-year-olds and up, headlining a lucrative card that includes a pair of prestigious Grade 2, $150,000 nine-furlong events for juveniles in the Remsen and its filly counterpart, the Demoiselle, as well as the $100,000 Go for Wand Handicap (G3) for fillies and mares at a mile.

The New York Stallion Stakes Series will offer a pair of rich races for 2-year-olds on Sunday, Dec. 6, with the Great White Way for juvenile males and the Fifth Avenue for juvenile fillies, with purses of $250,000 each. Sunday's Closing Day card also will include the $100,000 Garland of Roses at six furlongs for fillies and mares 3 years old and up.

New York state currently requires all racetracks to operate without spectators in attendance to combat the spread of COVID-19. NYRA will issue updated guidance regarding COVID-19 health and safety protocols for jockeys, trainers and owners in the near future.
America's Day at the Races will present daily television coverage of the Aqueduct fall meet with coverage to air on FOX Sports and MSG Networks.
Aqueduct Racetrack