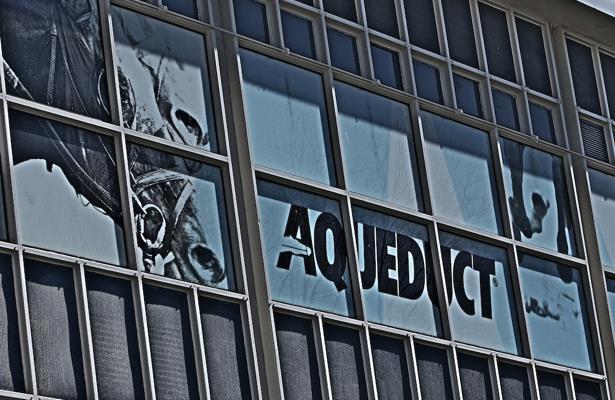 It appears Aqueduct will be dark for live racing beyond the April 5 date published by the New York Racing Association earlier this week.

NYRA revealed Thursday there’s been five more positive tests for COVID-19 on the Belmont Park backstretch -- all training is stationed there during the winer -- since the initial case on March 19.

In addition, Gov. Andrew Cuomo, whose daily addresses are making national headlines given New York's quickly elevating number of cases, announced he's eyeing Aqueduct as the site of a temporary hospital needed to fight the virus.

The Daily Racing Form first reported the additional COVID-19 positives at Belmont, citing NYRA Communications Director Patrick McKenna. Live racing at Aqueduct was canceled the day of the first COVID-19 case. On Wednesday, NYRA announced live racing would be suspended at least into next month.

Cuomo tweeted that he's expected to tour Aqueduct and other potential sites for temporary hospitals on Friday.

We @TheNYRA stand ready to assist in any way we can. https://t.co/CQ59oXsMCB

Belmont Park has continued to be open for training during the hiatus in racing, with reports stating there are around 550 employees on the backstretch and approximately 1,300 horses.

Editor's note: This story originally stated a backstretch worker at Aqueduct tested positive for COVID-19. Aqueduct has not hosted training or permanent stabling since the new year, with all operations outside of racing conducted at Belmont Park.