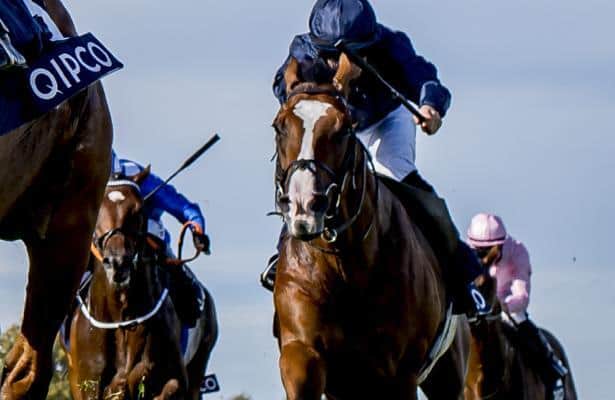 O'Brien will be seeking more firm ground Nov. 2 when Anthony Van Dyck, a 3-year-old who won the Epsom Derby (G1) in June, goes postward next in the Breeders' Cup Turf at Santa Anita Park.

A son of Galileo, Anthony Van Dyck will be running fresh in the Breeders' Cup. O'Brien said "we knew we could put a line through" a 10th-place finish in July's King George (G1) at Ascot on a day when the turf game up "good."

Last out, Anthony Van Dyck improved when third behind stablemates Magical and Magic Wand in the Irish Champion Stakes (G1). Going back to June, his Derby win came at the Breeders' Cup Turf's 1 1/2 miles.

"We had it in our head that he would go to the Breeders’ Cup Turf," O'Brien told AttheRaces.com. "He’s a lovely moving, good ground horse."

O'Brien will take aim at his record seventh victory in the Turf, which he last won in 2016 with Highland Reel. The defending champion Enable, meanwhile, is expected to make the Arc her final career start. She's on pace to face 11 rivals with Soft Light supplemented to the field Wednesday. Post positions will be finalized Thursday.