Another Miracle ‘prefers the turf,’ aiming for Keeneland return 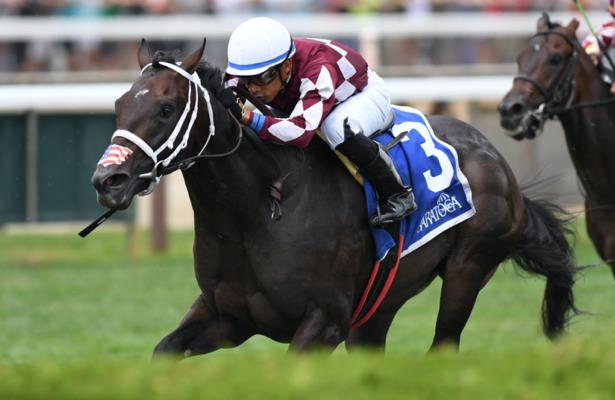 The American Pharoah colt Another Miracle’s multi-surface experiment amounted to one race.

Trainer Gary Contessa has sent the horse back to an Ocala, Fla., farm following a fifth-place finish as Tampa Bay Downs’ Inaugural Stakes favorite earlier this month when running over the dirt.

Another Miracle, who signaled a move forward when third in the Breeders’ Cup Juvenile Turf Sprint, beat just one horse as an odds-on top choice in the Inaugural under jockey Antonio Gallardo.

“I thought he would run on the dirt, but the rider — Gallardo’s a good friend — he got off and said, ‘Gary, this horse struggled with this track,’” Contessa said. “He was never comfortable — constantly switching leads.

“It’s one of two things: Maybe he just didn’t like the track at Tampa, or maybe now that he’s had success on the turf, he wants to remain a turf horse. It could be either or, and he’s not talking about it, so we’re going to go with the latter and assume he prefers the turf.”

Contessa anticipated a month off from Another Miracle’s training before the Leonard and Jonathan Green runner returns to Tampa Bay Downs. There, Contessa plans to train him up to Keeneland’s opening day feature, the $100,000 Palisades Turf Sprint. It goes at 5 1/2 furlongs on April 2.

Another Miracle could stretch out this summer — but not likely to lengths that would make him a contender in New York’s lucrative Turf Triple series of races for 3-year-olds.

“He’s small in stature, so I do believe at some point he’s going to hit a limitation on distance,” Contessa said. “But I see no reason why he couldn’t be a one-turn 7/8 or miler. That’s a possibility, but we’ll ease him into it.

“The turf sprints start in New York in April and they go through November, so there’s a lot of opportunity.”

Another Miracle, a winner of Saratoga’s Skidmore Stakes going back to August, is 2-1-1 in his six-race career with earnings of $218,000. The Greens, who typically campaign horses under the DJ Stable banner, purchased him as a yearling for $210,000.