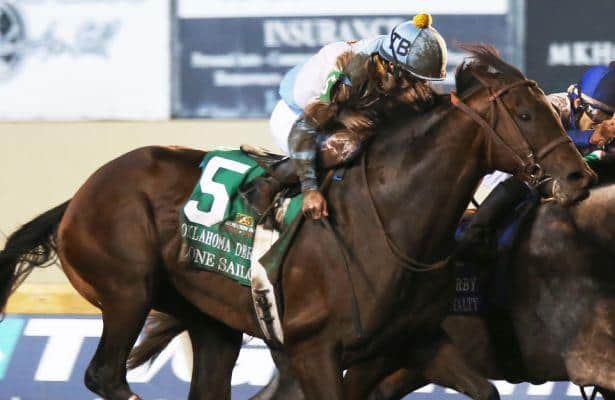 Trainer Tom Amoss sent graded stakes winners and Breeders’ Cup runners Serengeti Empress and Lone Sailor to GoldMark Farm in Ocala, Fla., for some downtime during the remainder of the year, but has already made plans for their early 2019 campaigns.

A runaway 19½-length winner of Churchill Downs' Pocahontas Stakes (G2), Serengeti Empress last finished seventh in the Breeders' Cup Juvenile Fillies. Amoss stated that she would return to his barn at Fair Grounds at the beginning of the New Year with the long term goal being the Grade 2, $400,000 Fair Grounds Oaks on March 23, the final of three local preps leading to the Kentucky Oaks.

“She didn’t have a good trip,” Amoss said of Serengeti Empress’s effort in the Breeders’ Cup Juvenile Fillies. “She got stopped at the first turn, lost her position and that hurt us a lot. She’s a young horse and it was a learning experience for her. We feel strongly that at age 3 she is going to be just as good.”

Owned by Joel Politi, Serengeti Empress is a two-time stakes winner having also taken the Ellis Park Debutante Stakes on August 19 by an astonishing 13½ lengths.

G M B Racing’s Lone Sailor will arrive at Fair Grounds around the same time as his stablemate to target the Grade 2, $400,000 New Orleans Handicap on March 23.

The 3-year-old son of Majestic Warrior had been knocking on the door in some of the most prestigious races for sophomores all season long before finally scoring a well-deserved graded stakes victory in the Oklahoma Derby (G3) at Remington Park on September 30. Amoss ran Lone Sailor back against elders in the Breeders’ Cup Classic, and he finished sixth.

“I think that he’s a horse that’s finding his way,” Amoss said. “It took him a long time to understand what racing is about, and he took a big step forward when he showed how competitive he can be in the Oklahoma Derby.

"Off of that race we really thought that he was finally figuring out competition. The Breeders’ Cup Classic had the best horses in the world and for him to be in the top six in that race was something that we’re very proud of.”

Amoss said both his top horses would likely have one prep before their respective long term targets at the end of the Fair Grounds meet.