Of Saturday’s 4 preps, 1 stands out for the Kentucky Derby 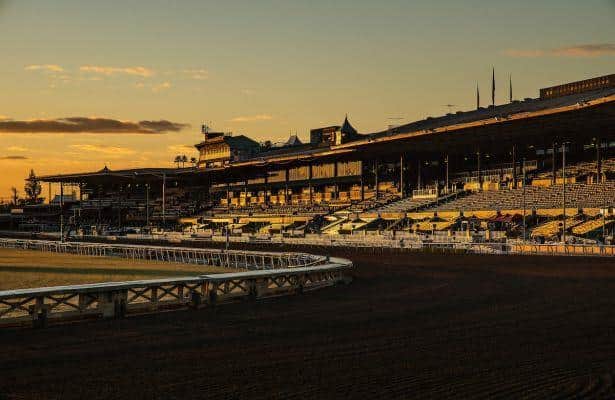 When it comes to putting horses together with roses, there are not very many races that measure up to the Fountain of Youth and the San Felipe. These Grade 2 stakes have produced a combined 26 winners of the Kentucky Derby – 27 if Medina Spirit were to be restored to his 2021 victory.

For now, each has produced 13 Derby winners. The momentum belongs to the San Felipe, which will be run this weekend for the 85th time at Santa Anita.

The San Felipe, the Fountain of Youth at Gulfstream Park and the Gotham (G3) at Aqueduct will be renewed Saturday, each with 50-20-10-5 points available to the top four finishers, as long as they are eligible to collect them.

Against the glare of Life Is Good’s victory, Medina Spirit was widely regarded as an also-ran who happened to give trainer Bob Baffert the exacta in the 2021 San Felipe. Who knew it would be a significant step on the way to a first-place finish in the Derby?

Even if last year were thrown out, four other horses since 2000 used the 1 1/16-mile San Felipe as a springboard to success in Kentucky. Fusaichi Pegasus in 2000, California Chrome in 2014 and Authentic in 2020 won both races. After finishing second in 2005, Giacomo pulled off a 50-1 upset at Churchill Downs.

Since California produces so many pacesetting horses, and since forward-running 3-year-olds have performed so well since Churchill Downs created its qualifying-points system nine years ago, it has been appropriate that horses with E (early) and E/P (early-presser) Quirin Speed Points designations have been the most successful graduates from the San Felipe to the Kentucky Derby. These were the graduates since 2000:

The early-speed factor has been even more telling in the history of San Felipe winners. Six of the last seven winners led from gate to wire. The lone exception was Bolt d’Oro, who did not lead in 2018 until stewards promoted him over the disqualified McKinzie. These were the San Felipe winners since 2000:

Four of the last six San Felipe winners were trained by Baffert, who has a record eight career victories in the race. His current maiden winner Armagnac fits the pacesetting profile. So does Forever Kingdom, the San Vicente (G2) victor who could bring trainer Richard Mandella his third victory in this race and his first since 1995.

The usual warning label appears here. Baffert’s horses are ineligible for Derby points because Medina Spirit’s drug positive last spring led Churchill Downs to impose a two-year ban. Any points they earn in Derby preps are being vacated, and they are not passed down to the next-best finisher.

Think of some of the great names who have won this race. And the Kentucky Derby. And induction into the Hall of Fame. They run from Tim Tam to Spectacular Bid.

Since Orb, only Good Magic in 2018 and Code of Honor in 2019 have come out of this race to hit the board in Louisville, each finishing second. The last two runnings of the Fountain of Youth produced no Derby starters.

Part of this may be the desire of horsemen to train up to the Florida Derby (G1), which this year arrives in four weeks. Five of the last seven Kentucky Derby winners who came out of Gulfstream Park had won the Florida Derby after skipping the Fountain of Youth.

Curiously, the recent graduates from this race who fared best at Churchill Downs were mid-pack horses (P for pressing) and closers (S for sustaining).

Headed into its 80th running, the Fountain of Youth has shown no particular favoritism to frontrunners or closers since 2012, when it went back to 1 1/16 miles. Gunnevera in 2017, Code of Honor in 2019 and Greatest Honour last year made up at least 8 1/2 lengths of ground. On the other hand, Promises Fulfilled in 2018 and Été Indien in 2020 led at every call.

Holy Bull (G3) runner-up Simplification, trained by Antonio Sano, and undefeated stakes debutant Emmanuel for Todd Pletcher figure to attract a big chunk of the handle and be out front early in the race. Morning-line favorite Mo Donegal, a closer from Pletcher’s barn, would have provided a study in contrasts had he not been ruled out Wednesday with a fever.

At times it has been a two-turn race at 1 1/16 miles. Once it went a mile and 70 yards. It reverted to a one-turn mile in 2018. No matter the distance, this race has produced graduates who rarely finish in the money in the Derby.

Since Easy Goer won the 1989 Gotham and finished second to Sunday Silence in Louisville, only 2000 runner-up Aptitude has hit the board at Churchill, finishing second there, too. But the Gotham produced perhaps the greatest of all Derby champions when Secretariat graduated in 1973, winning each in a stakes-record time.

It should come as no surprise that the last five Gotham horses who finished in the top 10 in Louisville had a forward-going style, including Highly Motivated last year.

Pacesetters and stalkers, though, have not been as dominant lately in the Gotham as they were the ’00s, when the race had its last four gate-to-wire winners. Since 2010, victorious styles have been mixed. Seven winners came from at least three lengths up the track, but Mischevious Alex in 2020 and Weyburn last year were never more than a length behind at any call.

The Gotham is unique in that it regresses to a mile at a time when other Derby preps ask horses to extend in distance. It also is the last on the U.S. calendar to be run at only one turn.

Even though it became a 10-4-2-1 points prep only last year, this 1 1/16-mile race at Turfway Park has had occasional contributions to the Derby in its 40 runnings, the last 16 of which have been on synthetic surfaces.

Twelve horses who finished this race went on to run for the roses. When Like the King went from second at Turfway to 12th at Churchill last year, he became the first horse from the Battaglia to start the Derby in seven years.

Perfect Drift had the best result in Louisville, going from a runner-up finish in the Battaglia to finish third in the 2002 Derby behind long shots War Emblem and Proud Citizen.

The chart showing Battaglia-to-Kentucky Derby graduates since 2000 is spotty.

More pertinent to this weekend, horses going forward early have been about as successful as off-the-pace runners in the Battaglia. Of the last eight winners, four came from at least three lengths behind, two made up no more than two lengths, and two led from gate to wire.

The Battaglia is regarded as a prep for next month’s Jeff Ruby Steaks (G3), a race that under other names was a winning stop for Lil E. Tee in 1992 and Animal Kingdom in 2011 on their way to Derby victories.