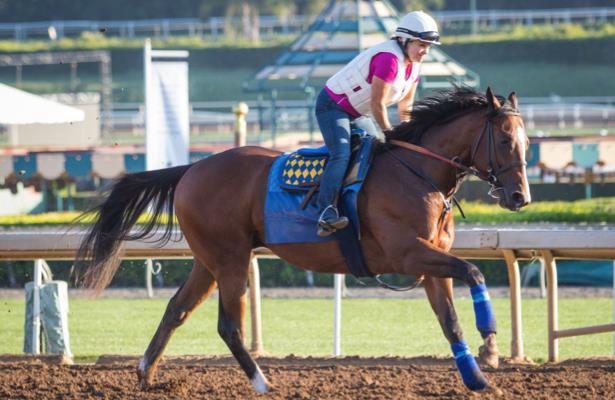 Formerly trained by Bob Baffert, the colt was transferred to Aidan O'Brien after he healed up from a tendon injury at age 2.

St. Patrick's Day's first race in O'Brien's care will be the Group 3 Ballycorus Stakes going seven furlongs and 30 yards on turf. The event attracted a field of eight horses ranging in age from 3 to 6.

The son of Pioneerof the Nile, out of the mare Littleprincessemma, ran twice at Del Mar last year. He finished second to former stablemate Zatter in his debut before holding off Instilled Regard, who went on to finish fourth in the Kentucky Derby, by a half length second out.

As recently as March, O'Brien speculated that St. Patrick's Day could run at this year's Royal Ascot meeting, saying, “I'm dreaming at the moment what he could be."