Alwaysmining back from 'a little vacation' in Laurel's Bender Memorial 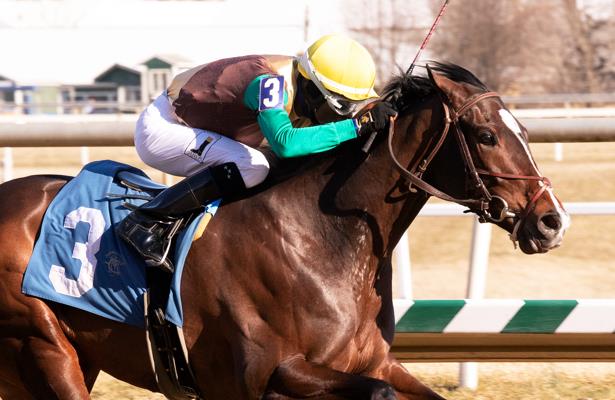 Still Having Fun and Alwaysmining, Maryland’s top Triple Crown race hopefuls the past two years who together have won eight stakes and more than $1 million in purses, are scheduled to meet for the first time as they launch their respective comebacks in Saturday’s $75,000 Howard and Sondra Bender Memorial at Laurel Park.

The Bender for 3-year-olds and up and $75,000 Politely for fillies and mares 3 and older, both at six furlongs, are among four stakes restricted to Maryland-bred/sired horses worth $350,000 in purses on a nine-race Maryland Spectacular Day program.

Runnymede Racing’s Alwaysmining, a 3-year-old Stay Thirsty gelding, has not raced since finishing ninth after setting the pace for a half-mile in the 1 1/16-mile Indiana Derby (G3) July 13. He was given a break by trainer Kelly Rubley and has been working steadily since Halloween over Fair Hill’s all-weather surface for his return.

Alwaysmining put together a six-race win streak that lasted from the fall of his juvenile season to late April and included five stakes ranging from seven furlongs to the 1 1/8-mile Federico Tesio, which earned him an automatic berth in the Preakness Stakes (G1). There, he was within striking distance through six furlongs, sitting third just two lengths from the front, before fading to 11th.

Three weeks later, Alwaysmining ran fourth but was placed third in the Easy Goer Stakes at Belmont Park, prior to the Indiana Derby. He has not sprinted since winning the seven-furlong Heft Stakes last Dec. 29 at Laurel.

“He had a little vacation,” Rubley said. “He actually went to the owner’s farm. They have a big farm in Pennsylvania. He just needed a little time to catch his breath. He put on a little weight and he looks really good. I’m very happy with him.”

Gary Barber, Wachtel Stable and Terp Racing’s Still Having Fun won three of his first four career races at 2 and 3, including the Frank Whiteley Jr. and Miracle Wood in 2018. After attempts to stretch him out failed, he was cut back to sprints and ran second in the Chick Lang, now a Grade 3 race, and won the Woody Stephens (G2) at Belmont Park.

Still Having Fun has gone winless in eight subsequent starts, primarily in graded company, and is just 0-for-3 in 2019 after being shut down following an eighth-place finish in the Churchill Downs (G1) May 4.

“He certainly was great to us as a 2-year-old and 3-year-old. We did a lot of running with him and traveled all over, more than 10,000 miles,” trainer Tim Keefe said. “He took us to a lot of different places and he certainly earned his vacation. Talking to the three partners in the horse, the decision was made to give him the summer off, castrate him and just let him be a horse for a while.”

Still Having Fun spent the summer and early fall with Bruce Jackson at the Fair Hill Training Center in Elkton, Md., returning to Keefe’s barn in October. Since then, the 4-year-old son of Old Fashioned shows five sharp breezes, most recently going a half-mile in 48.40 seconds Nov. 30, sixth-fastest of 54 horses.

“Bruce did a great job with him and slowly brought him back,” Keefe said. “We didn’t really have a start date, we were just going to let him tell us when he was ready. He’s been training great, really super. With his works, he’s been moving right along so we decided we’d give him a shot to run here.”

Still Having Fun is three-for-seven lifetime at Laurel, not having raced over his home track since the General George (G3) in February in his seasonal debut. Feargal Lynch is named to ride from Post 2.

“Certainly from a trainer’s standpoint you just hope you’ve done enough with him. A horse like him, who has all ability in the world, sometimes they fool you a little bit in the mornings,” Keefe said. “You have to be careful that what you’re seeing on the track is not just because he’s an extraordinary individual; it’s that he’s fit enough and has trained long enough and he’s ready to run.

“This wasn’t our intention to run him back in December,” he added. “We were just going to let him tell us, and with everything he’s been doing in the morning he’s telling us he’s ready.”