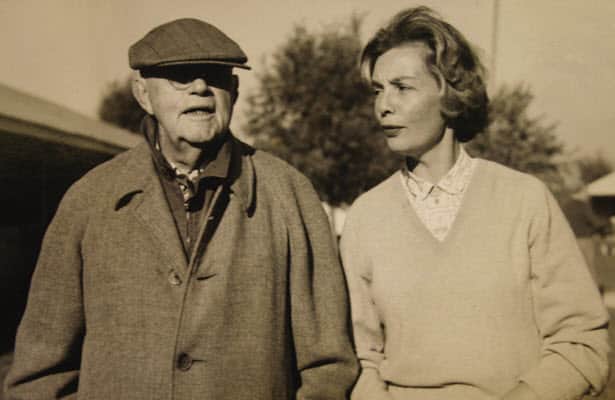 Famed Kentucky horsewoman and owner of Mill Ridge Farm, Alice Headley Chandler passed away peacefully at her home in Lexington, Kentucky on April 6, at the age of 95. She was the first of three children born to Hal Price Headley and Genevieve Molloy Headley.

Chandler founded Mill Ridge Farm in 1962, and built it into one of Kentucky’s major breeding farms. She became one of the most respected figures of her time in the sport of racing.

With many leadership roles in numerous equine organizations, Chandler served as chairperson of the University of Kentucky Equine Research Committee and president of the Kentucky Thoroughbred Association. She also served as director of the Breeders’ Cup, Keeneland Association, and the Thoroughbred Owners and Breeders Association.

In 2009, Chandler received the Eclipse Award of Merit, and in 2006 was recognized by the Kentucky State Senate for her service and contributions to the racing and breeding industry. Most recently, Chandler was inducted into the National Museum of Racing’s Hall of Fame in the category of Pillars of the Turf for 2020, which recognizes people “who have made extraordinary contributions to Thoroughbred racing in a leadership or pioneering capacity at the highest national level” and includes her father, Hal Price Headley.

When Chandler stepped down from her leadership position at Mill Ridge Farm in 2008, she said, “I have lived a blessed life, doing just what I want to do: associate with the finest horses, clients, friends, and an industry that I love.”

Chandler is survived by her husband of 49 years, Dr. John Chandler; her children Patricia, Mike, Reynolds and Headley; 8 grandchildren, and 14 great-grandchildren.

Some of the reaction from around the industry:

“Alice Chandler devoted nearly a century to the horse and epitomized all that has come to represent a National Museum of Racing and Hall of Fame Pillar of the Turf inductee (2020) and an Eclipse Award of Merit honoree (2009). She grew up at Keeneland, which her father co-founded and which became her life’s passion. She founded Mill Ridge Farm, where for nearly 60 years she bred, raised and sold Thoroughbreds who went on to be crowned Champions on both sides of the Atlantic Ocean. She served on numerous boards and foundations dedicated to the betterment of Thoroughbred breeding and racing. And she leaves behind a distinguished family that guarantees that her legacy and influence on the sport will continue for generations to come.”

“Alice Chandler was one of the most remarkable people ever to work in the Thoroughbred industry. We cherished her outstanding achievements as an owner and breeder, and her service to a wide range of racing organizations over many decades, as well as her engaging personality and dynamic spirit.

"She established Mill Ridge Farm in the 1960s and made it one of the most influential farms in our sport, significantly with the breeding and sale of Sir Ivor, who helped spearhead the opening of the American market to overseas buyers. Mill Ridge also produced such prominent runners as Horse of the Year Point Given, Kentucky Derby winner Giacomo and five Breeders’ Cup winners in Artie Schiller, Sweet Catomine, Round Pond, Spain and Johar."