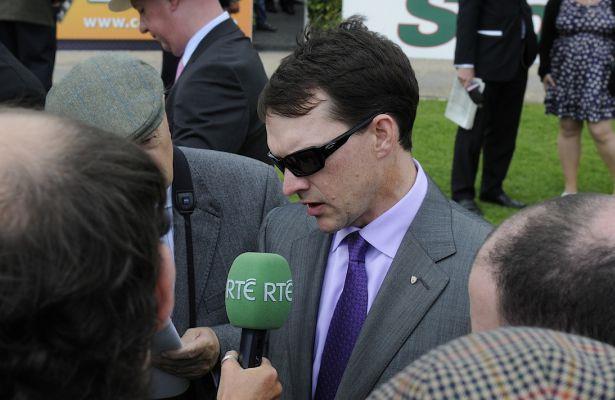 World-class trainer Aidan O'Brien will look to add to his 12 Breeders' Cup victories next weekend at Keeneland. He has pre-entered 10 horses, but with Order of Australia buried on the also-eligible list for the Mile, nine are likely to run.

O'Brien went into detail about his pre-entered runners during a Breeders' Cup media teleconference Wednesday.

O'Brien surprised many by not cross-entering seven-time Group 1 winner Magical into the Filly and Mare Turf and entering her only in the Turf, where she will compete with his Group 1 winner Mogul.

The powerful duo could be the top two choices in a stellar Turf field filled with six European imports.

"We've been delighted with her this year," O'Brien said about Magical. "She ran very well the last day. The ground was very heavy is Ascot, but she seems to have come out of the race very well."

O'Brien said jockey Ryan Moore would have his choice between Magical and Mogul. He assumes Moore will choose Magical, but he is pleased with the way Mogul is coming into the race.

"He's in good form as well, O'Brien noted. "Obviously he's had a busy year, but I suppose his last run was his most impressive. He travels very well and quickens well."

Battleground's lightly raced campaign has not been by design, O'Brien said, as he missed one race because of a cough and one because of soft ground. But the trainer is confident that his well-bred colt will show up with a strong performance in the Breeders' Cup Juvenile Turf despite the brief layoff.

"He has been in full training for a long time. He has been prepared for two races that he didn't run in, so we think and feel his fitness levels are good and high and he seems to be in good form."

Peaceful, the upset winner of the Irish 1000 Guineas (G1) earlier this year, disappointed in her last start, but O'Brien claims soft ground was to blame.

"The ground was very bad in Newmarket. Probably the worst ground we've seen in Newmarket in a long time — very deep. We felt it was too deep for her, but she came out of the race very well."

Though Peaceful has raced primarily at a mile, O'Brien seemed unfazed about her trying a longer distance in the Filly and Mare Turf.

"She ran very well also in the French Oaks at a mile and a quarter. That is the only other time she's kept up further than a mile. We always thought this race was going to suit her."

"We always thought this Breeders' Cup Mile will suit him on a flat, easy track."

Ryan Moore once again will have his choice between Circus Maximus and Lope Y Fernandez and is likely to land on the more accomplished Circus Maximus, who O'Brien feels is built like an American runner.

"He likes a nice racing surface, he likes an even pace, he likes a flat track and he loves to get into a battle at the end. We think and we hope the conditions might suit him there."

Completing O'Brien's team will be Lipizzaner for the Juvenile Turf Sprint and Mother Earth and Snowfall for the Juvenile Fillies Turf. Snowfall is the only one of the three on the also-eligible list. Though she is fourth on the list, many horses ahead of her are cross-entered, leaving open the possibility that she will get into the field.

O'Brien will travel to America for the Breeders' Cup despite quarantine restrictions in place in both Kentucky and Ireland.

"The Breeders' Cup is the championship races of the whole season worldwide. There are the perfect races, usually on very fair tracks. We think it's very important for the Thoroughbred industry that everyone can compare their horses from all over the world."