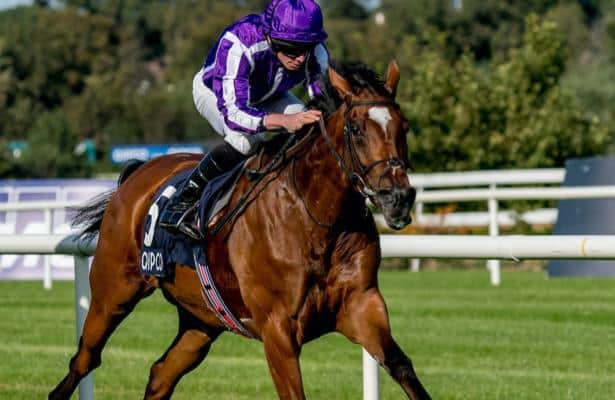 In a year when many things have changed, it will be nice to see the Ballydoyle silks that Americans have grown so accustomed to at the Breeders' Cup.

Aidan O'Brien, one of racing's all-time most successful trainers and winner of twelve Breeders' Cup races, could have as many as nine horses in this year's event.

Magical, a seven-time Group 1 winner, who was second to Enable in the 2018 Breeders' Cup Turf, is expected to lead his charge. She will be considered for the Turf and the Filly & Mare Turf.

Magical showed she is as good as ever this year when defeating Ghaiyyath in the Irish Champion Stakes in September. She was upset when running third in her last start in the Champion Stakes at Ascot, but O'Brien was happy with her performance and said the ground was to blame.

"She ran very well again the last day in very bad ground at Ascot even though that wouldn't have suited her. What can you say really, she is something really special."

If Magical opts for the Filly & Mare Turf, O'Brien will still be well represented by Group 1 winner Mogul. Mogul was withdrawn from a scheduled start in the Arc, but O'Brien says he has maintained his good form and should enjoy Keeneland's layout.

"He's an unbelievable specimen really to look at. The track is a little bit tighter than he would be used to, but he's a horse that really quickens and that's what you need to win those races in America."

O'Brien's Circus Maximus ran 4th as one of the favorites in last year's Breeders' Cup Mile and though his form does not look as strong this year, O'Brien seems confident that he is sitting on a big race even after his 10th place finish in Ascot.

"Ascot was a bit of a mess. The ground was very heavy, they went very slow. It probably did not suit him. He came out of the race very well. We think the track and the ground should be fine for him. He likes the hustle bustle of a race, likes when there is plenty of pace on. He should get all of those things."

Top two-year old Battleground could go off as the favorite in the Breeders' Cup Juvenile Turf.

He is already a Group 2 winner sprinting, but has the pedigree to improve over a distance of ground being out of the brilliant Dam Found.

"He is a horse we've always looked forward to stepping up to a mile. We think Keeneland will suit him. He's a big, powerful horse out of Found. He's a classy horse."