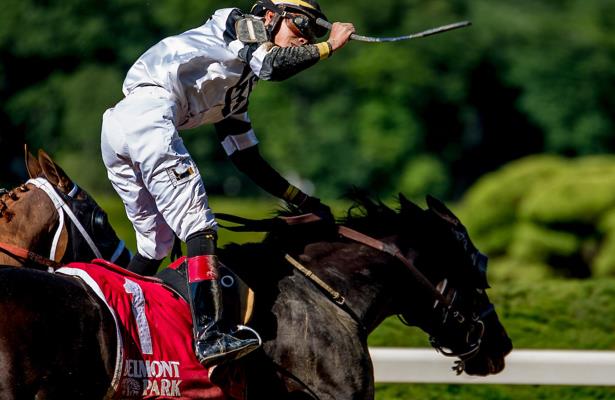 Earning his first win outside of the state of Kentucky in dramatic fashion, Limousine Liberal couldn't have picked a more opportune time.

Sent off as the 9-5 post-time favorite in Saturday's Grade 2, $350,000 Belmont Sprint Championship, the 6-year-old Successful Appeal gelding took the overland route to victory, racing five wide and overcoming bumping at the top of the stretch to outlast Whitmore and earn his third graded stakes win. The Belmont Sprint also carries an all-fees paid entry to the Breeders' Cup Sprint in November at Churchill Downs.

"He's come back well and he scoped clean," said trainer Ben Colebrook. "I was impressed. The only knock on him coming into this race was what he hadn't won outside of Kentucky. Most of his wins have come at Churchill, but it's not like he's run bad races. He's run into some bad racing luck like at Keeneland. In New York, he's run solid as well, it's just there's such good racing up there that I'm thankful he gave us a top effort."

With a spot in the Breeders' Cup already secured, Colebrook said Limousine Liberal would next point towards a start in the Grade 1, $600,000 Forego at Saratoga on Travers Day, August 25.

"Following an effort like the one he put forth yesterday, four weeks is a little quick to come back for the [Grade 1,$350,000 Alfred G.] Vanderbilt [July 28], so we will look to the Forego and target that as his next start."