After the scandal: How did Servis and Navarro horses do in 2020? 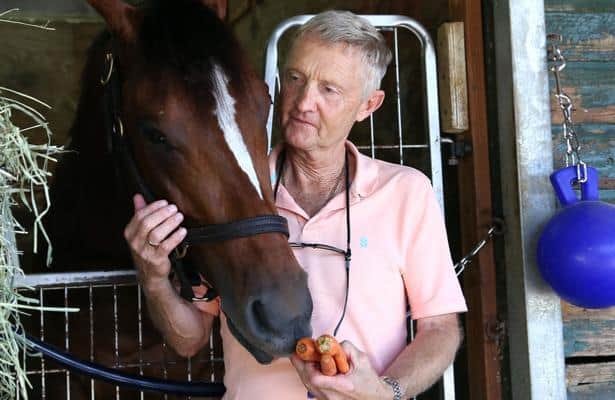 While federal doping cases against trainers Jason Servis and Jorge Navarro make their way through federal court, the horses they left behind had uncertain futures of their own. Servis and Navarro pleaded not guilty to charges surrounding the March raid on stables suspected of having illegally medicated racehorses. If convicted, they face possible prison time with Servis facing up to 20 years.

After being dispersed to other trainers, often with long layoffs between races, many of the horses were able to have solid 2020 seasons despite facing long odds. But others from the affected barns have not found the same success, and some, like Happy Farm, a top 10 earner for Servis in 2019 and early 2020, have not raced since finding a new trainer. [RELATED: Servis, Navarro, others arraigned in new indictment for drug case]

Servis has the higher profile, in part because of Maximum Security’s disqualification in the 2019 Kentucky Derby. This also meant that the colt had the most to lose reputation-wise if he was unable to match his previous form under a new trainer.

Maximum Security raced for Servis for the last time on Feb. 29 in the Saudi Cup, winning the race but having his $10 million winner's prize withheld because of the indictments. After being moved to Bob Baffert's care, he faced a layoff until July and earned a nose victory in the San Diego Handicap (G2) at Del Mar his first time back.

The colt followed that win with another victory in the Pacific Classic (G1) at Del Mar, earning a career-high 107 Beyer Speed Figure. But that was where he peaked. A second-place finish followed in the Awesome Again (G1) at Santa Anita before a fifth-place trip in the Breeders’ Cup Classic at Keeneland on Nov. 7. After that race, Maximum Security was retired to Ashford Stud.
"I'm just so happy for this horse,” Baffert said after the Pacific Classic “It's not his fault what he went through. Today he showed that he is a great horse.”
Firenze Fire

Also trained by Servis, seven-time graded-stakes winner Firenze Fire last ran for him in a General George Stakes (G3) victory at Laurel Park on Feb. 15. Then he was sent to Kelly Breen.

“He’s a gorgeous horse,” Breen told HRN in April. “He’s just pretty, good-looking, and we hope he’s as fast of a runner as he was before.” Breen had no reason to worry. Firenze Fire turned in a solid season, finishing fourth in the Carter Handicap (G1) on June 6 at Belmont Park in his first race back. The 5-year-old then earned two Grade 2 wins for Breen, the True North and Vosburgh, both at Belmont Park.

Firenze Fire finished third in the Breeders' Cup Sprint in his most recent race. He is likely to run in the Cigar Mile Handicap (G1) on Saturday at Aqueduct. Grumps Little Tots

Servis’s third-leading horse by earnings for 2020 was Grumps Little Tots, a gelded son of Sky Mesa out of W W American. In his last start for Servis, he won an allowance race at Aqueduct on Feb. 6.

Since being transferred from Servis, the gelding has bounced around twice, finishing third in races at Delaware Park and Saratoga for Rob Atras before coming in fifth in the Deputed Testamony Stakes at Laurel Park for Saffie Joseph Jr.

In his last start at Belmont on Oct. 23, Grumps Little Tots finished fifth in an allowance race.

Another Servis gelding, Chateau, who won his last race for Servis on March 6 at Aqueduct, does not have a win since changing stables. Currently running for Atras, the son of Flat Out out of Distinct Sparkle, by With Distinction, finished in third place in his last race on Friday at Aqueduct.

Shancelot Navarro’s barn lacked much of the star power found under Servis, particularly after the death of Grade 1 winner X Y Jet, who was Navarro’s top earner in 2019. His other top colt, Shancelot, last raced in November 2019, finishing second in the Breeders’ Cup Sprint at Santa Anita.

In April, the colt was moved into Steve Asmussen’s barn, but he has not raced in 2020. He has been working, last breezing at Fair Grounds on Nov. 23, going four furlongs in 49.8 seconds, ranking 10th of 21 works at that distance.

One of the most successful horses since leaving Navarro’s care was Archidust, who finished third in the Silks Run Stakes at Gulfstream Park on March 7 in his last race for the trainer. Now under Asmussen’s care, the son of Verrazano out of Chilling Effect, by Gold Fever, has found the winner’s circle twice, most recently in the Get Serious Stakes at Monmouth Park on Aug. 23.

“He’s a pretty easy horse to ride,” jockey Hector Diaz Jr. said after that race. “He broke running. He has tactical speed to be right there early and he has a gear at the end. When you ask him he responds. All you need to do is keep him out of trouble and have a nice trip and he is going to do the rest.” The colt last raced on Nov. 28 in the Aqueduct Turf Sprint Championship Stakes, where he finished sixth.

A horse that has seen his stakes-race performances get significantly better since leaving Navarro’s care is Premier Star. The colt finished sixth in the Sam F. Davis Stakes (G3) last time out for Navarro.

Since, he has two wins, one in an allowance race at Laurel Park and one in the Jersey Shore Stakes (G3) at Monmouth Park on Oct. 14, his last race.

“This horse has trained really well,” new trainer Michael Trombetta said after the Jersey Shore victory. “Every horse race is a different race. A lot of things have to go right to win them. Today was his day.”

The colt also finished third in the Amsterdam Stakes (G2) at Saratoga in August.