After Preakness, who will join Rich Strike in Belmont Stakes? 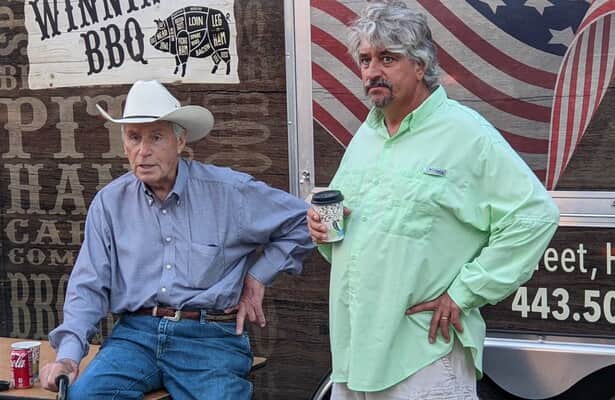 The horse trailers were double-parked near the Pimlico stakes barn early Sunday morning to collect the Preakness horses who were led 12 hours earlier by the winner Early Voting.

In the meantime, 80-1 Kentucky Derby winner Rich Strike was back home in Lexington, Ky. He was missed at the Preakness, but he should be ready to return to the Triple Crown series June 11 in the Belmont Stakes.

“Absolutely 100 percent,” trainer Eric Reed said in a text from Kentucky on Sunday morning. “Leaving May 31 for Belmont.”

Rich Strike breezed a half-mile at Churchill Downs on Saturday in 47.2 seconds. For Reed, that validated his decision not to go for the Triple Crown sweep.

“I would have loved to have been there,” Reed said in a text message to Horse Racing Nation. “As you saw in the workout, he is still too sharp. That’s why I know he needs more time between races to settle down and do things in a relaxed manner. Not so aggressive.”

It figures that Rich Strike will be the only classic winner who will race in the Belmont. Early Voting’s trainer Chad Brown and owner Seth Klarman flew back to New York on Saturday night. They already said they would be looking to a summer campaign at Saratoga for their second Preakness winner since 2017.

“Certainly a race like the Travers (G1, Aug. 27),” Brown said at Saturday’s post-race news conference. “I know it’s a tick further, but I don’t believe he will have any trouble getting the mile-and-a-quarter. The Travers would be for me, so that would be really at the top of the list.”

What we learned: Passive ride hurts Epicenter in Preakness

Epicenter, twice runner-up as the favorite in both the Derby and the Preakness, will not be in the Belmont. Trainer Steve Asmussen also said he was looking ahead to a summer campaign at Saratoga. Otherwise, Asmussen was not in much of a mood to reflect on his frustration.

“I’m not looking back today,” he said Sunday morning. “Today I’m looking ahead to coffee.”

Asmussen had just finished a conversation with fellow Hall of Fame trainer D. Wayne Lukas, whose Kentucky Oaks winner Secret Oath was fourth in the Preakness.

“We’ll look at the Coaching Club American Oaks,” Lukas said as he was riding out of Pimlico with his horses in tow. “That’s a good break for her.” The Grade 1 race at Saratoga is not for another nine weeks.

Lukas was non-committal about the Belmont or any other race for Ethereal Road, Saturday’s Sir Barton Stakes winner who had been scratched from the Derby, making room for Rich Strike.

Kenny McPeek was just the opposite with his third-place colt.

“Creative Minister goes to Belmont Tuesday from Pimlico,” he said in a text message. “We are looking at the Belmont Stakes.”

One horse who will be getting time off for a while is Simplification, who bled on his way to finishing sixth in the Preakness.

Like Asmussen, Sano said he preferred to look ahead, even though he had no idea when Simplification might be back.

“Turn the page,” he said as he prepared to send his colt – and himself – back to Florida.

Skippylongstocking, who finished fifth Saturday, might be the only other Preakness horse who could land in the Belmont.

“He ran good enough, and it might be worth taking a shot at it,” trainer  Saffie Joseph Jr. said. “We won’t decide for a week. We’ll see how he comes out and see how his energy is and then decide. I think he would get a mile-and-a-half.”

Trainer Todd Pletcher, who typically skips the Preakness when he does not have a Kentucky Derby winner, was expected to wheel back in the Belmont with Mo Donegal, who was fifth in the Derby, and Nest, who finished second to Secret Oath in the Oaks.

We the People, who won last weekend’s Peter Pan (G3) for trainer Rodolphe Brisset, is another possibility for the Belmont.