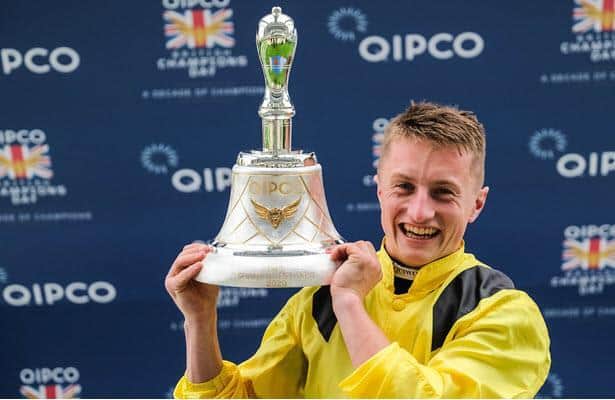 After finishing second in last year's race, Addeybb came back for revenge in the 2020 Champion Stakes (G1) at Ascot, gaining his fourth victory of the year.

Tom Marquand was the winning rider for the 6-year-old son of Pivotol, who is trained by William Haggas.

Addeybb, who went off at 9-1, was always in a prominent position and traveled well throughout. After gaining a comfortable lead with a quarter-mile to go, Addeybb was never in trouble and held off a late challenge from Skalleti to win by 2 1/2 lengths.

Last year’s winner Magical, the 15-8 favorite, started slow, but made a late surge to take third.

"Addeybb is a marvelous horse," Haggas said. "He was really up for it today. He is fantastic and I am absolutely thrilled for everyone.

“He didn’t mind [the draw, 11]. He was in a great position and he stays. He is tough, he loves the ground and loves it here.

“It is just incredible. He has shown that he is top-class in Australia, winning two G1s, and Verry Elleegant went and beat our Derby winner from last year Anthony Van Dyck this morning, who Addeybb beat in the Ranvet and QEII. He has come here today and has torn the field apart, beating the likes of Magical. You have to be a champion to do that.