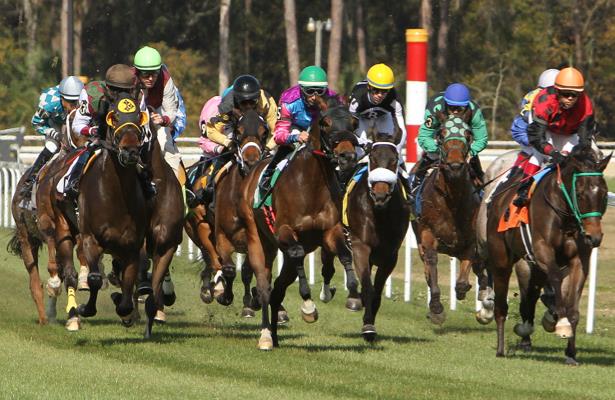 The Florida Cup, a series of six $110,000 stakes races for Florida-breds and Tampa Bay Downs’s annual showcase for the state’s Thoroughbred breeding and racing industries, has been canceled due to the ongoing COVID-19 crisis.

The event had been scheduled for Sunday, March 29, and the Tampa Bay Downs Racing Office reported 111 nominations by the March 14 deadline.

Peter Berube, the track’s Vice President-General Manager, said a portion of the $660,000 in Florida Cup purse money will be allocated to the track’s overnight purse account, enabling Tampa Bay Downs to continue its 2019-2020 meeting beyond next week, as circumstances allow.

Tampa Bay Downs began racing without fans Wednesday as public health officials urge citizens to adhere to social distancing to slow the spread of the virus.

“It’s a huge blow to everyone to have to cancel one of the biggest days on our racing calendar,” said Berube. “At the same time, we are committed to keeping the track free of spectators at least through that date, and the social aspect of Florida Cup Day, which includes a buffet luncheon for horsemen and their families under the Picnic Pavilion Tent, has always been an important part of the day.

“We are dedicated to helping ensure to the best of our ability the health and well-being of everyone associated with Tampa Bay Downs, and the logistics of putting on a multi-stakes event in the midst of a national health crisis made this the only decision possible,” Berube said.

“The silver lining is this gives us an opportunity to help our horsemen continue racing. We will work closely with them, the breeders and owners and our stakes sponsors to make the 2021 Florida Cup memorable and exciting for all.”

The canceled races include:

The Florida Cup, which was first run in 2003, is the brainchild of track President-Treasurer Stella F. Thayer and Margo Flynn, the track’s vice president of marketing and publicity. After witnessing a similar event the previous summer at Delaware Park featuring enhanced purses and a horsemen’s luncheon, Flynn contacted representatives from the Tampa Bay Downs horsemen’s group, the Florida Thoroughbred Breeders’ and Owners’ Association and some of the state’s leading breeders, and their overwhelming levels of interest and support led to the event’s creation with six $75,000 stakes – three each on the main track and the turf course.

A pair of the top horses to shine on Florida Cup Day are two-time winner World Approval, who kicked off his 2017 Eclipse Award Champion Turf Male campaign with a victory in the Turf Classic, and another two-time winner, crack sprinter Imperial Hint, who boasts four Grade 1 victories and career earnings exceeding $2.2-million.