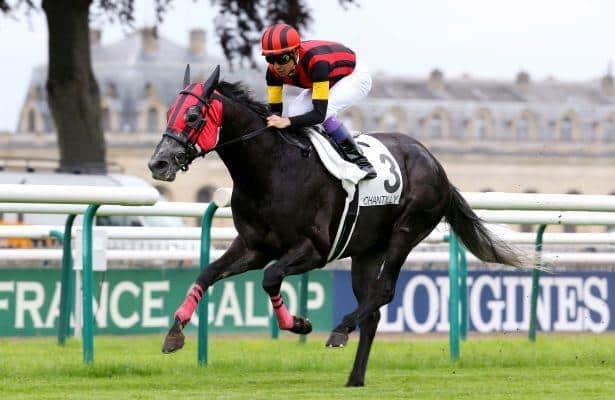 Japanese contenders make up nearly half of this year’s G1 LONGINES Hong Kong Cup (2000m) field. Last year’s winner A Shin Hikari, Japan’s 2015 Horse of the Year Maurice, top-class filly Queens Ring, multiple G1 winner Lovely Day, and the ever persistent Staphanos are all gunning to take the Cup back across the Japan Sea this Sunday (11 December).

The Cup has a lot of meaning with the Japanese since it was one of the first major international events won by a Japanese-trained horse, Fujiyama Kenzan in 1995. They have won the race three other times with Midnight Bet in 1998, Agnes Digital in 2001, and of course A Shin Hikari last year. The sheer number of entries alone proves Japan’s desire to claim the Cup for its own yet again.

To add to the drama, two of the five runners will be making their final career appearance; A Shin Hikari, the enigmatic star, and Maurice, the imposing champion.

Maurice is making his third appearance in Hong Kong in the span of twelve months, having claimed last year’s G1 LONGINES Hong Kong Mile and this spring’s G1 Champions Mile at Sha Tin. The son of Japan Cup winner Screen Hero, with nothing left to prove over a mile, captured the 2000m G1 Tenno Sho (Autumn) back in October. Afterward, his connections decided against running in the Mile once more and aimed instead for the prestigious Cup.

Ryan Moore rode him in to his most recent G1 victory and will be in the irons again. He said: “I think that 2000m at Tokyo is far more challenging than the course in the Hong Kong Cup, it will not be an issue.”

After riding the five-year-old in his final fast work, Moore shouted to the Japanese media, “He is a very happy horse!” A win this Sunday will put him in the lead for a second consecutive Japan Horse of the Year title and make him only the second Japanese horse, after triple Sha Tin winner Eishin Preston, to win three G1 titles abroad.

The latter fact also applies to defending Cup Champion A Shin Hikari, back at the scene of his first G1 win; he too will attempt to bow out a hero. Earlier this year he stunned the world with a spectacular performance in the G1 Prix d'Ispahan at Chantilly in France, but those who saw his victory in the 2015 LONGINES Hong Kong Cup were not surprised at all. His follow-up at Ascot was disappointing, as was his performance in the G1 Tenno Sho (Autumn) in which he faded to 12th of 15.

In many ways, the grey son of Deep Impact finds himself in a similar position as last year, for which, all things considered, isn’t the worst position to be in.

“He is a very talented horse, but he either wins really well or loses really badly. As you know, he is a difficult horse, but overseas racing suits him mentally. Less paddock time and pre-race walking allows him to remain calmer than he would in Japan,” said trainer Masanori Sakaguchi.

Regarding race day strategy, he said: “I hope he takes the lead and maintains the position throughout the race.” Sakaguchi will retire next year, which makes having a horse like A Shin Hikari all the more special, “He has given me so many great experiences and memories. I will never forget him.”

While those two heavyweights are making most of the headlines, the other three Japanese contenders should not be overlooked. No one is aiming to settle for second place.

Perennial bridesmaid, Staphanos, a good horse born in the wrong generation, is back for his third attempt at Hong Kong glory. “He is in great condition and had a powerful final workout the other day,” said assistant trainer Kazuo Fujiwara, brother to the horse’s trainer Hideaki Fujiwara. “We are happy enough with the draw, as we wanted to be in the middle for this race.”

Staphanos’ best performance in Hong Kong came in the 2015 G1 QEII Cup (2000m) when he broke from post five and finished second behind Blazing Speed. Japanese jockeys rode the son of Deep Impact in both of his previous Hong Kong starts, but this time Christophe Soumillon will be in the irons. Coming off a fast-closing third-place finish in the 2000m G1 Tenno Sho (Autumn), so long as Soumillon ensures his charge has room to run in the final furlongs, this five-year-old might finally make the headlines he surely deserves.

Queens Ring, a newly minted G1 winner after an impressive closing victory in the G1 Queen Elizabeth II Cup (2200m) at Kyoto, is the only filly Japan has in the Hong Kong Cup but should not be written off due to her sex or outside draw. The daughter of the late Manhattan Cafe was born into a very competitive crop of fillies yet has shown her class time and time again, especially with her regular rider Mirco Demuro.

“She is a very smart horse and strong mentally. She has a brilliant turn of foot,” the Japan-based Demuro said. She will break from post 11 on Sunday but that has not hampered her connections’ confidence in her.

Trainer Keiji Yoshimura commented: “She has raced well from outside barriers in Japan, and Mirco has ridden her in all but three of her 13 career starts. Mirco knows this filly and Hong Kong very well, so I trust him and will leave the strategy to him.”

A year ago Lovely Day was the horse on everyone’s lips. The King Kamehameha entire was dominating Japan at the time, so when he headed to Hong Kong for the G1 QE II Cup last April, he was the horse to beat and was sent off the 2.9 favourite. But the dark bay struggled to gain traction on the rain-affected track and finished fourth behind Werther.

While the six-year-old does not seem to be quite the same as when he won the 2015 G1 Tenno Sho (Autumn), since then he has finished third twice, fourth three times, and fifth once. His worst finish was last time out, in this year’s renewal of the Tenno Sho when he ended up ninth. He broke from the unfavourable outside, post 15, and ran wide and impatiently behind A Shin Hikari, burning himself out.

Trainer Yasutoshi Ikee said: “He is moving really well and had a good final workout here at Sha Tin on Thursday. The track seems to be in excellent condition. I think the inside post is great.”

The inside draw in the Cup could allow the ageing warrior a chance to shine once again. And with the cumulative talent from Japan in this race, it is quite possible that five sixths of the entire HK$25 million pot could be wired to Japan come Monday morning.

Analysis: Only 1 filly can beat Letruska in the Fleur de Lis
Only two months ago, Letruska entered the Apple Bl...