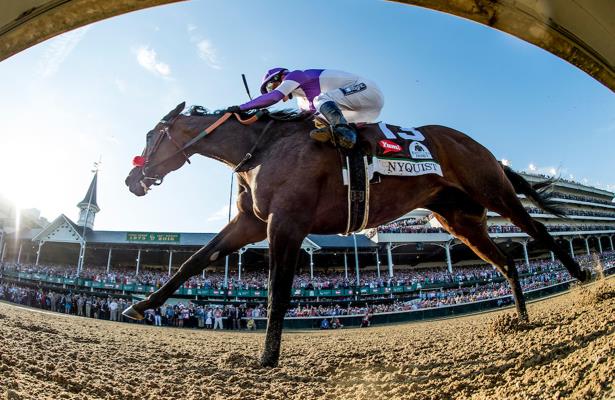 The 2020 Kentucky Derby is 91 days from this Saturday, June 6, on a road to Churchill Downs unlike any other.

With the postponement of the Derby to Sept. 5 due to the COVID-19 pandemic, a reshuffling of the prep race schedule has scattered major races across the summer to help set the field of what will be a more mature group of 3-year-olds.

Next up is Saturday's Santa Anita Derby (G1). Normally positioned a month before the Kentucky Derby, its winner will now have three months to navigate a way to Churchill.

We're coming up on the equivalent weekend relative to the big day that Grade 3 races such as the Robert B. Lewis, Withers and Holy Bull normally run.

Essentially, we've turned back the clock to February in terms of preparing horses for the Kentucky Derby.

This season's trail began back on Sept. 14, 2019, when Dennis' Moment prevailed in the Iroquois (G3) under the Twin Spires. That race and preps completed thus far have now become part of an extended series of races including the Belmont Stakes, the Haskell (G1) and other summer 3-year-old staples.

Here's how the new lineup compares to a normal season:

The Ellis Park Derby is also on the road to the Derby as a date for its running pends, while summer races at Saratoga such as the Travers (G1) also need to be scheduled on a Kentucky Derby trail unlike any other.