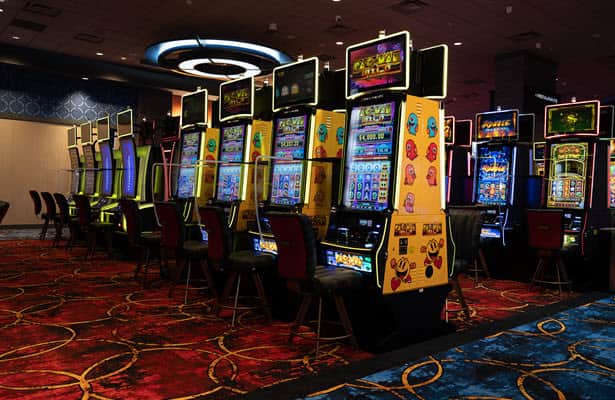 The past decade has been excellent for horse racing in Kentucky. Beyond the Derby and Oaks on the sport’s biggest weekend, the rest of the circuit has seen a boom as well.

The state’s outlook has improved drastically since 2011, when it appeared to be in decline.

“I wrote a lot of stories about the descent of the Kentucky circuit,” said Jennie Rees, who spent much of her career as a turf writer for the Louisville Courier-Journal and now works as a publicist for several tracks in the state. “It was going the wrong direction. The turnaround was historical horse racing.”

If the status quo were to remain, Kentucky’s future as a major horse racing state looked bright. Unfortunately for the commonwealth, things might soon be changing.

Kentucky racing faces a major problem. Historical horse racing (HHR) machines, the linchpin that fueled a revitalization of the state’s racing circuit, could be going away in 2021. According to many in the industry, that removal could prove disastrous for Kentucky racing and lead to track closures across the state.

The Kentucky Supreme Court ruled in September that the machines made by Exacta Systems, used widely across the state, do not constitute pari-mutuel wagering and must stop operating, although a cutoff date was not given. Exacta updated its machines in September and claimed that they now meet the standards of pari-mutuel wagering, but the update has not eased anxieties in the industry.

The machines look and play similarly to slot machines, but bettors wager on information from past horse races.

The ruling caught many in the state off guard, a source told HRN, as many of the major players in Kentucky racing were investing heavily in the technology, including Turfway Park, Ellis Park and Churchill Downs.

Now, barring an unlikely scenario in which the state Supreme Court reverses its decision, the issue must be fixed in a Kentucky legislature notorious for resisting expanded gambling.

The Kentucky machines began operating in 2011 at Kentucky Downs. They had been in use elsewhere in the U.S., most notably at Oaklawn Park in Arkansas.

Corey Johnsen, part owner and president of Kentucky Downs from 2007 to 2019, said the idea was an instant success.

Before the machines went in, an effort was made to determine their legality. In 2009, Republican state Sen. Damon Thayer sent a letter to Democrat Jack Conway, then the attorney general, looking for a determination of whether the machines fit the guidelines of legality.

The requested opinion resulted in the only political agreement the two ever had.

“His opinion was that they were pari-mutuel games, but that they needed to be regulated by the racing commission,” Thayer said. “And the rest is history.”

After the machines began operating, the state’s racing circuit was transformed by the money generated.

John Hancock has been going to Ellis Park for all his 62 years. Many of his favorite memories took place under the old green grandstand there, one that was destroyed in a 2005 tornado.

Hancock is a third-generation trainer at Ellis along with his brother Jack. He said the years since the track put in the HHR machines were marked by continual improvements in the level of racing.

“It kept the quality of horses up,” Hancock said. “Kept the field sizes and everything up. The machines have really been a lifesaver for small places like Ellis Park.”

Ellis has been helped both by its own HHR operation and part of the horsemen’s share of money from Kentucky Downs, which sent money for purses to other tracks in the state. Ellis Park’s purses grew to the point where top horsemen had a reason to stay for its meet instead of shipping their horses to tracks such as Saratoga in other states.

In 2020, the track drew top horses after the Ellis Park Derby was made a Kentucky Derby points race because of the pandemic-altered schedule. The race was won by Art Collector, owned and trained by two Kentucky natives, Bruce Lunsford and Tommy Drury.

After that race, both spoke of how much the track had meant to them through the years, providing a special moment for the few in attendance that day.

Now that might all be in the past. General manager Jeff Inman said the track has almost no hope of survival if the HHR machines go away.

Hancock said the increase in purse size since the machines went in has been noticed. He and others were frustrated by the possible change after nearly 10 years of operating with supposed legality. He harbored no doubts that Ellis Park would be forced to shutter its operation if the HHR machines disappeared.

“There won’t be the money generated to have comparable purse accounts to other places that will be running at the same time,” Hancock said.

Brad Schneider, judge-executive for Henderson County, where Ellis is located, covered horse racing for years at the Henderson Gleaner. He said horsemen love Ellis Park, but keeping purses up would be vital to its survival.

“Increasing the purses, I know they really appreciate it,” Schneider said. “The better horses, the better crowds. Families bring their kids out to watch that spectacle.”

Again and again, sources cited the track’s importance to the culture and traditions of Henderson. Schneider said having the track is key to continuing the growth of racing, as it gives families an opportunity to give their children the live racing experience in a friendly, county fair-like atmosphere.

“That’s kind of what they market,” Schneider said. “To lose that in the circuit would be really unfortunate. I think horsemen really enjoy that.”

After crossing the state line from Tennessee into Kentucky on U.S. 31W entering Franklin, there is not a ton to see.

On one side of the road sits a Kratom shop with a fake bull in the parking lot. Farther up, Bingo World has welcomed guests since 1995.

And across the street, just off of Interstate 65 and surrounded by a large, often packed parking lot, is Kentucky Downs, the state’s mecca of HHR gaming.

The next year, when the money from the HHR kicked in, purses skyrocketed to more than $2 million. By 2019 they passed $11 million, with 86 percent coming from the machines.

The only European-style turf course in the country helps fund other tracks through an arrangement with the Kentucky Horsemen’s Benevolent and Protective Association. More than $5 million went to Ellis Park in 2019, and large tracks such as Keeneland and Churchill Downs also received funds.

In many ways, Kentucky Downs provides the fuel that keeps the state’s racing circuit operating. It is a fuel that horsemen say will be largely jettisoned if the HHR machines go away.

“HHR is vital to the future of horse racing in Kentucky,” said Ted Nicholson, general manager of Kentucky Downs. “I think the majority of tracks will fail if this is not reversed soon.”

The situation for the track is complicated by the fact that it offers so few live racing dates. Before HHR, it earned much of its revenue by offering betting on other tracks.

But that source of revenue is not likely to return as online advance-deposit wagering systems have made it so consumers no longer need to go to a physical location to bet on horse races.

Kentucky Downs recently finished a major addition to its property, adding more space for HHR. Other tracks in similar positions include Ellis Park, where plans for a major renovation were delayed, and Turfway Park, where construction on a new grandstand was halted until the issue is resolved.

“This Supreme Court ruling really throws a damper on everything for us at the track,” Nicholson said. “I think all the other tracks are feeling the same thing.”

The state is best known for the Kentucky Derby at Churchill Downs and for the major breeding operations surrounding Keeneland in Lexington. No sources thought either of those would be going away because of losing the HHRs.

But the rest of Kentucky’s racing operations could be in serious trouble.

“Except for two days in May, our horse racing industry is going to look a lot like Oklahoma,” Republican state Rep. Adam Koenig said. “With all due respect to Oklahoma.”

Several horsemen agreed with Koenig. Buff Bradley, a mainstay on the Kentucky circuit, has wintered his horses at Turfway Park for the first time because of its new Tapeta track surface and increased purses.

But Bradley said that if the HHR funding dries up, he and other trainers will move elsewhere, and many of Kentucky’s gains will go away.

“It’s going to be really sad for everybody,” Bradley said. “Even the lower end — people who are trying to make it — because the purses will decline. My belief is that all racing in Kentucky is going to fall apart.”

Others said other states are waiting in the wings to get a piece of Kentucky’s signature industry.

“Ellis Park is my home,” Hancock said. “I’d hate to see something happen to it. But if it was to shut down, I’m in a position where I can ship to Chicago or I can ship to Fairmont. It’s a tremendous threat, but it’s only a threat if we have our machines taken away from us.”

The trainers and other horsemen involved in the industry had another concern, one that could impact the state more than the obvious on-track action. What about all those jobs?