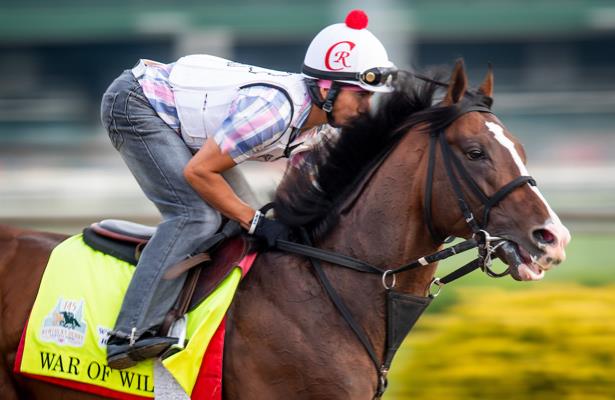 Horse Racing Nation’s Super Screener handicapping system has turned its attention from the Kentucky Derby to Saturday’s Preakness Stakes and, as such, the approach changes when it comes to making money on the Triple Crown’s second leg.

With this year's race wide open -- none of the top four across the wire in the Derby are running back two weeks later -- here are five keys to finding a Preakness winner:

1. All win contenders must have a Brisnet Late Pace figure of 92-plus in at least one of their prior two races. Goodbye, Signalman and Market King? Meanwhile, note back-to-back triple-digit numbers from Laughing Fox.

2. Give extra credit to those who started and ran in the top half of the Derby field. That means Improbable and Win Win Win, plus War of Will, who deserves bonus points after a rough trip. Lookin At Lucky and Oxbow are two recent examples of horses that encountered trouble in the Derby but won the Preakness.

3. Look for horses with an E2 of 95-plus in at least one of the two races leading up to the Preakness. While that could be a knock against likely favorite Improbable, who registered an 88 (Arkansas Derby) and 78 (Kentucky Derby) in his previous starts, he also tracked some moderate paces.

4. Shutty sees increasing value in new shooters who exit their final prep at Keeneland, namely the Lexington Stakes (G3) which produced Preakness contender Owendale, as opposed to Alwaysmining, who has run exclusively at Laurel Park this season.

5. Discount the win chances of a horse that has encountered no significant trouble in his last two races and had a 12-plus point swing in Brisnet Speed Rating. Warrior's Charge fits the bill, though his improvement also coincided with going longer distances.

If you’re not familiar with terms like E2 or LP, that information's all included in Brisnet’s free Preakness Stakes past performances. Get the full edition of the Super Screener today for Shutty's full conclusions.

Improbable War of Will

» Horse: Improbable
» Horse: War of Will