5 long shots that could be Kentucky Derby contenders 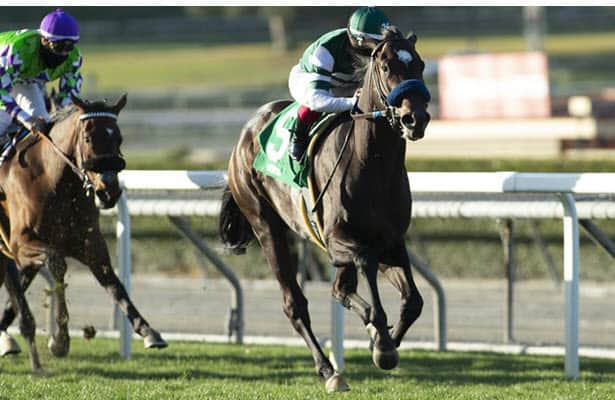 This year's 3-year-old crop is shaping up to be one of the strongest in recent years. Life Is Good, Essential Quality and Concert Tour have stamped themselves as potential stars. Greatest Honour and Mandaloun would vie for favoritism many years but could wind up as the fourth and fifth choices, respectively.

As clear-cut as things look in March, history has shown that the Kentucky Derby trail is rarely that straightforward. Injuries and distance limitations often come into play at this time of year.

If one of the current top five contenders does not win this year's Derby, the winner likely will be a horse with high upside that is currently flying under the radar.

Runners such as Medina Spirit, Hod Rod Charlie, Keepmeinmind and Spielberg might wind up with enough points to make the Derby, but they already have proven that they are a step below the best.

Below are the five horses on this year's trail that have yet to be exposed. Each runner currently is a tremendous value at odds of 50-1 or higher going into their final preps.

John Sadler's talented colt is the most intriguing unknown in America. He has shown immense speed and talent on the turf and always has worked like he will be even better on dirt. He will have to be to compete with Life Is Good in the Santa Anita Derby (G1), but at 75-1 he is a much better bet than Life Is Good, who closed at 2-1 in the latest Kentucky Derby Future Wager pool.

The Chad Brown trainee was a trendy Derby pick after his impressive win in the Nyquist Stakes on the Breeders' Cup undercard. He returned from a layoff to run a disappointing third in his 3-year-old bow in the Gotham (G3) and is suddenly available at 50-1. He will be much tighter following that tough trip next time and still could turn out to be a very nice colt. The Gotham might prove to be a weak prep, but he is certainly the horse to play out of that race.

This New-York bred is easy to root for after being purchased for just $5,000. He moved onto the radar of most people after winning the Remsen (G2). At 200-1 he is a forgotten horse. Though he missed a good chunk of training and the Gotham, he is back in training and is on track for the Wood Memorial (G2). A strong effort in the Wood Memorial would suddenly renew the buzz surrounding him. Maiden winner Olympiad also has missed training and prep races, yet he has less than half the odds of Brooklyn Strong with a less accomplished resume.

Speaking of maiden winners, Untreated is an interesting horse. He was dominant in his recent victory at Tampa Bay Downs and, like Rock Your World, he has always worked like a good one. He would have to take a large step forward in his next start to make the Derby, but he might prove to be Todd Pletcher's top 3-year-old this year.

Mark Casse's colt has never run a race fast enough to compete with the best of his crop, but he showed tremendous heart while winning his dirt debut in the Tampa Bay Derby (G2). He is undefeated in three starts and might be the type of horse who only runs as fast as he has to. There are much worse 80-1 shots to take a chance on.