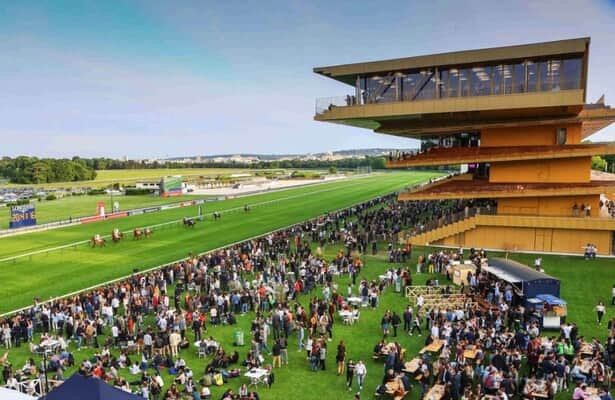 Fans of international racing and the Breeders’ Cup are advised to check out the action-packed Sunday card at ParisLongchamp in France. Half a dozen Group 1 races are on the agenda, and five are part of the Breeders’ Cup Challenge Series.

The highlight is the coveted Prix de l’Arc de Triomphe (G1), but we’re going to take a quick look at all six of the top-level prizes, exploring some of the key contenders to follow in each event.

Contested over 1,400 meters (about seven furlongs), the Prix Jean-Luc Lagardere awards a “win and you're in” berth to the Breeders’ Cup Juvenile Turf and looks like a perfect opportunity for The Antarctic to secure his first Group 1 win.

Winner of the Prix de Cabourgh (G3) during the summer, The Antarctic has placed twice at the highest level for trainer Aidan O’Brien, finishing second against stablemate Blackbeard in both the Prix Morny (G1) and Middle Park (G1) sprinting six furlongs. O’Brien has won the Juvenile Turf four times, so it’s not a stretch to think we could see The Antarctic turn up at the Breeders’ Cup if he runs well on Sunday.

The filly Tigrais, a narrow winner of the Prix la Rochette (G3) sprinting seven furlongs at ParisLongchamp one month ago, is a logical challenger for trainer Christopher Head. She’s the only Prix Jean-Luc contender entering off a victory.

Christopher Head has opted to enter Tigrais against males, but he’s kept Blue Rose Cen against fellow fillies in the Prix Marcel Boussac, a 1,600-meter (about one-mile) qualifier for the Breeders’ Cup Juvenile Fillies Turf. Blue Rose Cen nabbed the Prix d’Aumale (G3) over this course and distance on Sept. 8 and has won three of five starts overall, suggesting the daughter of Churchill is capable of handling the jump into Group 1 company.

But Blue Rose Cen figures to face a challenge from Wed. With three victories from four starts, including a two-length score in the Prix du Calvados (G2) traveling 1,400 meters at Deauville, Wed is progressing in the right direction and has a strong shot at victory.

The feature event of the day is, of course, the Prix de l’Arc de Triomphe. Europe’s season-defining autumn prize is contested over 2,400 meters (about 1 1/2 miles) and awards a “win and you're in” berth to the Breeders’ Cup Turf.

Early betting has identified Luxembourg and Alpinista as the two favorites. Luxembourg, a sophomore trained by Aidan O’Brien, came to hand with a gritty victory in the 1 1/4-mile Irish Champion (G1) three weeks ago and still has upside while stretching out over 2,400 meters for the first time.

But Alpinista is a tried-and-true 2,400-meter specialist with formidable credentials. She’s rattled off seven consecutive victories over the Arc distance, and the latest five have come at the Group 1 level. Alpinista has defeated males repeatedly and got the better of Cazoo Oaks (G1) winner Tuesday in a quality renewal of the Yorkshire Oaks (G1) last time out, suggesting Alpinista can become the eighth female winner of the Arc since 2011.

A fascinating battle is shaping up in the Prix de l’Opera, a 2,000-meter (about 1 1/4-mile) qualifier for the Breeders’ Cup Filly & Mare Turf.

One of the field’s most accomplished entrants is Tuesday, the above-mentioned Cazoo Oaks (G1) winner who ran second behind Alpinista in the Yorkshire Oaks (G1). The Aidan O’Brien-trained sophomore has also finished second in the Irish 1,000 Guineas (G1) traveling one mile, but her best efforts by far have come over 1 1/2 miles, and cutting back in trip for the Prix de l’Opera is at least a small question mark.

No such uncertainties face Nashwa, a Breeders’ Cup candidate conditioned by John and Thady Gosden. The 3-year-old daughter of superstar Frankel won the 2,100-meter Prix de Diane (G1) in late spring and followed up with a victory against older rivals in the 1 1/4-mile Nassau (G1), so the distance of the Prix de l’Opera may give Nashwa a slight edge in her showdown with Tuesday.

Here’s something you don’t see every day: one of the key contenders in 1,000-meter (about five-furlong) Prix de l’Abbaye de Longchamp is The Platinum Queen, a 2-year-old filly facing older rivals.

It might be unusual, but The Platinum Queen has a legitimate chance to factor in this Breeders’ Cup Turf Sprint qualifier. She’s already tackled her elders once in the five-furlong Nunthorpe (G1) in England, where she ran second behind Europe’s leading turf sprinter Highfield Princess. With only 116 pounds on her back, The Platinum Queen is carrying from 17 to 21 fewer pounds than her rivals and might just snatch victory from defending Prix de l’Abbaye winner A Case of You, recent Prix du Petit Couvert (G3) winner Berneuil, and others.

The final Group 1 prize of the day isn’t a Breeders’ Cup qualifier, but the 1,400-meter Prix de la Forêt is a viable Breeders’ Cup Mile steppingstone with several prominent names in the entries.

One of the best is Aidan O’Brien’s capable 3-year-old filly Tenebrism, who nabbed the 1,400-meter Prix Jean Prat (G1) in France during the spring. She’s since cracked the trifecta in a couple of Group 1 tries racing 1,600 meters against older rivals and should appreciate cutting back in distance for the Forêt.