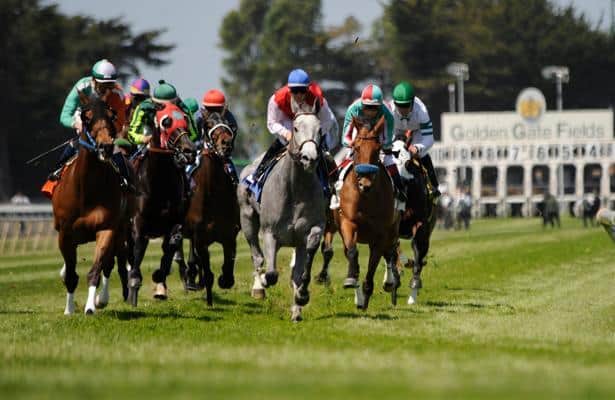 Four racehorses died at Golden Gate Fields from Nov. 14 through Sunday, according to the California Horse Racing Board.

According to the board's equine fatalities report, the most recent fatality occurred Sunday, when Mary's Great Hope, an unraced 2-year-old filly trained by Ed Moger Jr., died during training. The cause was listed as pending.

In a maiden claiming race for 2-year-olds Friday, Inimitable was euthanized on the track after falling near the quarter pole. The CHRB report listed the cause of death as pending. Inimitable was trained by Miguel Ramirez.

Two horses died in training last week, according to the report: Ima Rumbler, a 3-year-old gelding trained by Dan Markle, on Tuesday, and Galloping Slew, an unraced 4-year-old colt trained by Michael Lenzini, on Sunday. The cause for both was listed as musculoskeletal.