Royal Ascot: 4 Breeders’ Cup qualifiers are on the agenda 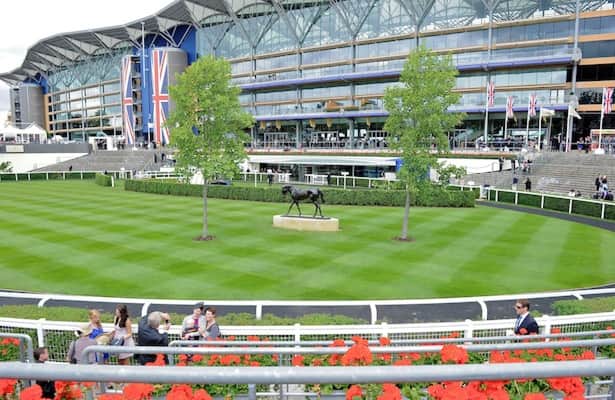 The U.S. Triple Crown might be complete, but high-class racing continues across the pond in England this week. The world-renowned Royal Ascot meet begins on Tuesday and runs through Saturday, a five-day stretch during which a bevy of important prizes will be contested.

Royal Ascot: Ward has 5 of 9 U.S. hopefuls in England

Four of the group stakes on the agenda are part of the Breeders’ Cup Challenge Series, which means they award “Win and You’re In” berths to the 2022 Breeders’ Cup at Keeneland. If you want to get an early look at potential Breeders’ Cup contenders from Europe, you won’t want to miss the Royal Ascot action.

The Royal Ascot meet opens on a high note with the Queen Anne, contested over a straight mile on grass. The prestigious prize serves as a steppingstone to the Breeders’ Cup Mile and has coincidentally attracted Order of Australia, the upset winner of the 2020 Breeders’ Cup Mile.

Order of Australia hasn’t run since finishing last of 12 in the Keeneland Turf Mile (G1) last fall, and if he’s going to kick off his 5-year-old campaign on a winning note, he’ll have to bounce back while simultaneously reckoning with budding superstar miler Baaeed. The William Haggas trainee is undefeated in seven starts and actually defeated Order of Australia by 1 1/4 lengths in the Prix du Moulin de Longchamp (G1) last year.

Baaeed’s Longchamp success was followed by a neck triumph in the Group 1 Queen Elizabeth II racing one mile at Ascot, after which Baaeed took a winter break. He started off his 4-year-old season better than ever in the Group 1 Lockinge at Newbury last month, smashing his rivals by 3 1/4 lengths to cement his status as the clear Queen Anne favorite.

Other noteworthy entrants include Lockinge 2-3 finishers Real World and Chindit plus Accidental Agent, an aging veteran who won the 2018 Queen Anne.

Conditioned by Wesley Ward (renowned for his success running American horses at Royal Ascot), Golden Pal looked as sharp as ever when dominating the Shakertown (G2) at Keeneland last month by 4 3/4 lengths. The fact Golden Pal is 0-for-2 competing internationally is a concern, though he did finish second by just a neck in the 2020 Group 2 Norfolk over this course and distance.

Golden Pal’s fiercest opposition figures to come from Nature Strip, an Australian sensation who has won eight Group 1 prizes in his home nation. He was much best in the TJ Smith (G1) at Randwick in April, winning by 3 1/4 lengths, and he hasn’t missed the trifecta in his last 11 starts. The Golden Pal/Nature Strip showdown figures to be a major highlight of Royal Ascot.

Final entries for the Prince of Wales’s hadn’t been confirmed at the time this writing, though pre-entries suggested this 1 1/4-mile Breeders’ Cup Turf qualifier would draw an excellent field.

The heavy favorite in the early betting is Bay Bridge, and for obvious reasons. The son of New Bay has dominated his last five starts for trainer Sir Michael Stoute, including four over 1 1/4 miles. Bay Bridge was tons the best in the Brigadier Gerard (G3) to kick off 2022, winning the Sandown fixture by five lengths over a deep field including Group 1 winners Addeybb and Lord Glitters.

Addeybb is back to battle Bay Bridge again in the Prince of Wales’s, and the early entries also contain such noteworthy names as 2021 Breeders’ Cup Turf runner-up Broome and 2020 Prince of Wales’s winner Lord North, who has won back-to-back editions of the lucrative Dubai Turf (G1). But these accomplished runners rank as longshots in the betting compared to Prix Jean Romanet (G1) winner Grand Glory and Saratoga Derby (G1) hero State of Rest, who has also nabbed the Cox Plate (G1) and Group 1 Prix Ganay since his successful trip to New York last summer.

But Bay Bridge’s stiffest competition may come from Shahryar, a Japanese raider fresh off defeating Breeders’ Cup Turf winner Yibir in the Dubai Sheema Classic (G1). Shahryar’s greatest triumphs (including a victory in the 2021 Tokyo Yushun/Japanese Derby (G1)) have come over 1 1/2 miles, so cutting back a quarter-mile in distance is a question mark. But in terms of raw talent, Shahryar must be respected.

The last Win and You’re In qualifier of the Royal Ascot meet is the Norfolk, a five-furlong steppingstone toward the Breeders’ Cup Juvenile Turf Sprint.

Final entries are still to be confirmed, but early betting favors The Antarctic, an Aidan O’Brien trainee undefeated in two starts sprinting five furlongs on grass. The son of Dark Angel is a full brother to the four-time Group 1-winning grass dasher Battaash, who won the 2020 King’s Stand at Royal Ascot, so The Antarctic is definitely bred to excel over Thursday’s conditions.

Other well-regarded contenders include Walbank, a seven-length maiden winner at York last month; and Clearpoint, who dominated his debut at Ayr by 3 1/4 lengths barely more than two weeks ago.