3 long shots to consider for the Kentucky Derby trifecta 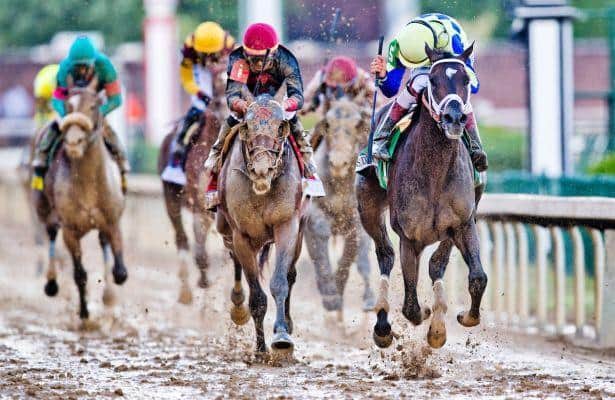 Bettors often spend countless hours determining who will win the Kentucky Derby, but history has shown that the key to big payouts is picking the right horse underneath.

Only in the 20-horse Kentucky Derby could the trifecta pay 65 times more than the exacta.

Always Dreaming was not much of a surprise when winning the 2017 Kentucky Derby at 9-2, but Lookin at Lee and Battle of Midway created chaos underneath, leading to a trifecta of $8,297.20.

When a horse such as Country House finishes on top, the results can be life changing. After the disqualification of favored Maximum Security, the 2019 Kentucky Derby trifecta paid $11,475.30.

Even though this year's favorite, Essential Quality, looks very likely to at least run in the trifecta, there still can be tremendous value if only one long shot finishes in the top three.

Below we take a closer look at three horses who are likely to be 20-1 or higher and can fill out the 2021 Derby trifecta.

1. O Besos. Greg Foley's colt has the following Beyer Speed Figure pattern in his first five starts: 60 - 77 - 83 - 88 - 96. He is the only Derby runner to improve his figures by 5 points or more in every start. If his improving pattern continues, he will earn at least an 101 Beyer Speed Figure in the Derby, which should put him right in the mix. His Louisiana Derby effort at 1 3/16 miles was very strong. He was the only horse to make up ground in a race where the top two finishers went 1-2 all the way around the track. He galloped out well, and this son of Kentucky Derby winner Orb should adore the distance. With plenty of speed signed on, he is a great bet to hit the board at a big price.

2. Sainthood. Todd Pletcher's lightly raced colt has plenty of upside and a versatile style that should allow him to outrun his odds. He was best in the Jeff Ruby (G3) last time out when shut off in deep stretch. He rallied well like a horse who should appreciate any added distance. He has held his own with Known Agenda in the mornings, and the May foal could have more room to grow as the youngest contender in this year's Derby field.

3. Dream Shake. Peter Eurton's colt now has enough points to run in the Derby if he chooses, but it seems like a flip of the coin at this point. Though he has raced only three times, the Derby would hardly be a step up in class for this colt, who has faced Life Is Good and Rock Your World in his last two races. He looked special while breaking maiden with a 96 Beyer Speed Figure and was maybe biting off a little too much too soon in his last two efforts. He should improve with those tries under his belt, and he could easily be double the odds of Medina Spirit, though the gap in talent between the two runners is small.