2-time classic starter in 2020 makes his return at Gulfstream 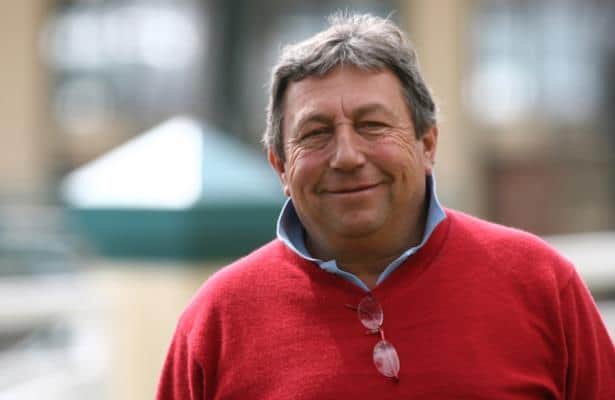 Sole Volante, who ran in two legs of the 2020 Triple Crown, will be return to action in Saturday’s featured optional claiming allowance at Gulfstream Park.

The graded stakes-winning son of Karakontie is slated to come off a four-month layoff in Race 10, a mile optional claiming allowance on dirt.

“We gave him a good break and two months on the farm to give him a chance to be a horse,” trained Patrick Biancone said. “We don’t expect too much. We just want him to have a good run in his first race back.”

Sole Volante distinguished himself as a strong contender on the Road to the Triple Crown in 2020 when he won the Sam F. Davis (G3) at Tampa Bay Downs before finishing second in the Tampa Bay Derby (G2).

Unfortunately, the Kentucky Derby, Preakness and Belmont Stakes were postponed until the summer and fall. Sole Volante came off a three-month layoff to win an optional claiming allowance, a stakes-quality mile race in which Jesus’ Team, who would go on to finish third in the Preakness and second in both the Breeders’ Cup Dirt Mile and Pegasus World Cup Invitational (G2), finished second.

Ten days later, the gelding owned by Reeves Thoroughbred Racing and assistant trainer Andie Biancone finished sixth in the Belmont Stakes. The Biancone trainee went on to finish 11th in the Derby after being squeezed at the start before finishing off the board in a pair of turf stakes.

“He was ready early, but like everybody, everything was delayed because of problems with COVID,” Biancone said. “He was a little bit over the top when it came the right time. In May he was just perfect.”

Sole Volante began his career with back-to-back victories on turf in a maiden special weight race at Gulfstream Park West and the Pulpit Stakes at Gulfstream Park in the fall of 2019. He finished a promising third in his dirt and 2020 debut in the Mucho Macho Man at Gulfstream prior to his strong performances at Tampa Bay Downs.

Saturday’s one-turn mile race attracted a strong field of six older horses, including graded-stakes winner Trophy Chaser, who is scheduled to make a long-awaited return from a 13-month layoff. The Juan Carlos Avila-trained son of Twirling Candy won the 2020 Challenger Stakes at Tampa.