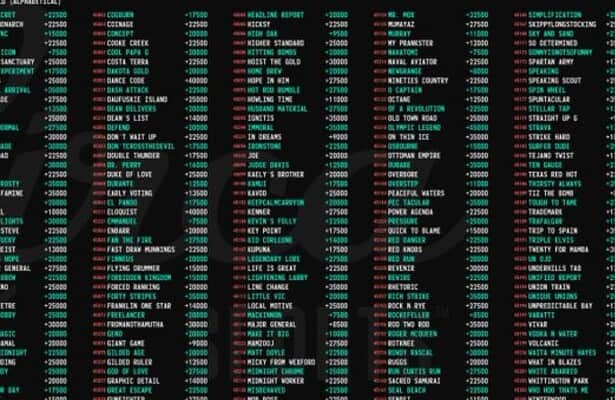 Even without a points prep during the past week, there was one significant move in the Kentucky Derby futures market in Las Vegas.

Jack Christopher, whose shin injury on the eve of the Breeders’ Cup knocked him out of the Juvenile, was cut from 20-1 to 15-1, a clear second choice at Caesars Sportsbook at William Hill Nevada.

Bets on him presumably were made before or in spite of news the Munnings colt might not be fit in time for the Derby. Trainer Chad Brown told Thoroughbred Daily News last week that Jack Christopher is still recovering from surgery to repair a stress fracture and that “he’s going to be up against it” to be ready for May 7 at Churchill Downs. Brown did, however, post a barn photo of the colt Sunday on Twitter, adding, “Someone arrived ahead of schedule.”

“They’ve been betting Jack Christopher from the beginning, and he continues to take money,” said Paul Bach, who writes the Derby futures for Caesars at William Hill. “Until the connections rule him out, he’ll remain at low odds.”

At Circa Sports, Jack Christopher was one of 184 horses whose odds were raised, going from 29-1 to 30-1, as was Corniche, the Breeders’ Cup Juvenile winner who remains the futures favorite at 14-1. Circa also shortened 11 horses and added six new choices.

The two bookmakers list a combined 290 betting options for the Kentucky Derby.