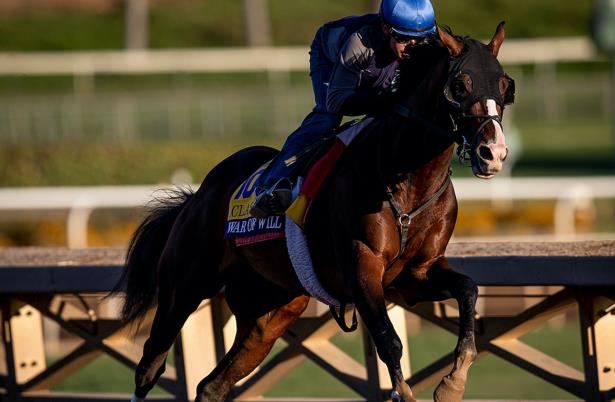 Trainer Mark Casse entered three of eight runner's in Saturday's Grade 1 Woodbine Mile, including 2-1 morning-line favorite War of Will, as he tried to become the fourth trainer to win the event three times in its 23-year history.

War of Will, who became a rare Grade 1 winner on both turf and dirt when winning the Maker’s Mark Mile (G1) at Keeneland on July 10, drew the far outside post in a field that also includes reigning Canadian Horse of the Year Starship Jubilee.

“We had to make a decision if we wanted to stay on the grass or go back to dirt,” Casse said during the Woodbine broadcast of the post draw. “The Woodbine Mile’s been extremely good to us. We’ve won two Breeders’ Cups off of it and we’re going to try and do it three times."

Casse pulled off a Woodbine Mile/Breeders' Cup Mile double with Tepin in 2016 and World Approval the following year.

“He’s training very very well,” Casse said of War of Will. “I think he’s at the top of his game. I like the post position.”

Related: Two horses that could upset War of Will

“March to the Arch is definitely going to sit back,” Casse said. “He comes with a run.”

Olympic Runner, a 4-year-old son of Gio Ponti will break from post position No. 5.

“We knew it was coming up a fairly small field,” Casse said. “Olympic Runner has been running really well. I thought two starts ago, with a little better trip he could have won and his last race was good. His turf racing’s not so bad so we’re going to give it a try.”

Starship Jubilee returns to Canada for trainer Kevin Attard following a fourth-place finish in the Aug. 23 Diana (G1) at Saratoga. The 7-year-old daughter of Indy Wind will break from post position No. 4

The Woodbine Mile is scheduled to go off at 5:39 p.m. on Saturday.