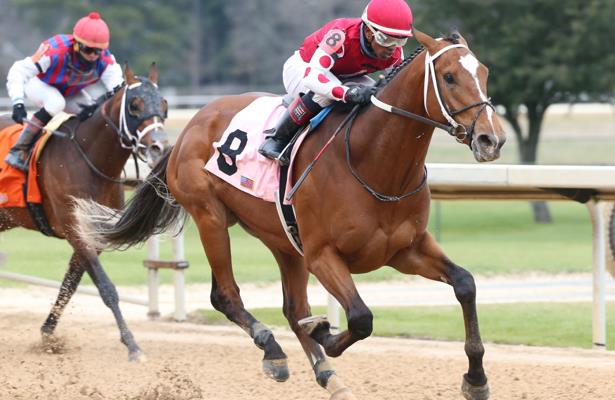 The week-to-week advice for 2019 Kentucky Derby futures remains the same, even at this late stage on the trail: If you have a strong feeling about a horse, bet him before his next race.

This time last week, Tacitus remained at a lofty 100-1 at William Hill U.S., and that dropped only to 75-1 once the Tampa Bay Derby (G2) drew near. Following a victory there, Tacitus' price now sits at 22-1, or not far off what you can reasonably expect to get him at on the first Saturday in May.

The other weekend winners, Gotham Stakes (G3) hero Haikal and Jeff Ruby Steaks (G3) front-runner Somelikeithotbrown, sit at 45-1 and 100-1, respectively. The latter is new to the board following his synthetic prep victory.

As for what's ahead, the Top 2 Kentucky Derby choices in Game Winner (4-1) and Improbable (5-1) are expected to lead split divisions of Saturday's Rebel Stakes (G2) at Oaklawn Park in their 3-year-old debuts. These five anticipated Rebel rivals at much higher prices are notable if you're looking to place a bet through William Hill U.S.:

• Omaha Beach (40-1) was likely aided by a sloppy, sealed track on Feb. 2 when he rain off to break his maiden by nine lengths at Santa Anita Park. If you don't believe it was a fluke, however, these odds aren't too bad for mid-March.

• Extra Hope (50-1) is, as with Omaha Beach, trained by Richard Mandella and exiting a front-running victory in the Santa Anita slop. But this one beat winners and may have turned a corner in his seventh start back on Jan. 31.

• Long Range Toddy (75-1) leads the local Rebel Stakes runners, as all the headliners are shipping in from California, displaced after the San Felipe (G2) was canceled. He had to steady in the Southwest (G3) last time and still managed third.

• Our Braintrust (100-1) will make his third start for trainer Mark Casse in the Rebel after hitting the board in a pair of New York preps. Going 1 1/8 miles in the Withers, he was only a neck back of the winner, Tax, who earned respectable speed figures on the day.

• Comedian (125-1) hasn't missed the exacta in three starts, with defeats to what are likely two solid horses on Cornacchia and Frank'sgunisloaded before breaking his maiden by 3 1/2 lengths on Feb. 18 over this track. For my money, the Steve Asmussen trainee is the best possible play left on the board.

Get a full look at William Hill U.S.' Derby odds below: