2018 favorites: The most popular horses, races and tracks 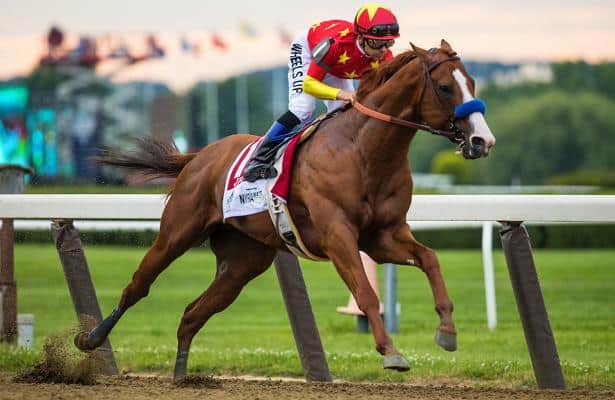 In a Triple Crown year, the emphasis on the classics can be underscored in a look back at the most popular Horse Racing Nation pages from 2018. Here's a glance at Top 10 horses, races and tracks viewed by readers since Jan. 1 -- and we thank you for following along with us.

No surprise at the No. 1 spot here. Nor is it too much of a shock to see the list filled out by Derby contenders. But a year ago, Arrogate (first) and Gun Runner (eighth) both made the 2017 list. You have to go to 13th (Travers Stakes winner Catholic Boy) to find a non-Derby runner in 2018, and even further in 19th (Accelerate) to find an older horse.

A year ago, the Derby led the way here. This time, the final two legs of the Triple Crown series surpassed the first one given Justify's chase for history. Whereas the Haskell Invitational (G1) dropped off the list, the Santa Anita Derby (G1) made an appearance in 2018. Perhaps that's due to the Justify factor, too. He won at Santa Anita but had retired before Monmouth Park's signature event.

Churchill Downs moved up five spots to lead this list. It was a popular Kentucky Derby, sure, but into the Fall Meet, purses were up thanks to an influx of money from historical racing machines, and races under the Twin Spires returned to TVG. Belmont received a boost likely due to the Triple Crown, while Gulfstream's nearly year-round racing schedule factors in its staying power in third.