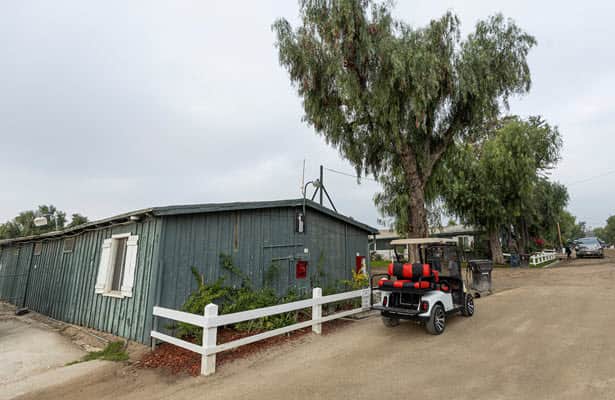 Baffert is set to begin a 90-day suspension on Monday by order of the Kentucky Horse Racing Commission as a result of Medina Spirit's failed drug test at last year's Kentucky Derby. In California, trainer's are required to disband their stable for any suspension of at least 60 days.

Four high-profile horses for Baffert had already been transferred to Yakteen in the 3-year-old colts Messier, Doppelganger and McLaren Vale, plus the top 3-year-old filly Adare Manor.

Baffert typically has upwards of 100 horses in his stable at any one time.

Doppelganger is set to run in Saturday's Arkansas Derby (G1) while Messier is on track to contest next Saturday's Santa Anita Derby (G1). Adare Manor is ticketed to the Santa Anita Oaks (G2) on the same day.

McCarthy is a long-time trainer on the Southern California circuit who is in the midst of solid Santa Anita stand. Entering Saturday's action, he had won at a 26 percent clip with a record of 19: 5-3-2.

You can read it in full below:

"The California Horse Racing Board announced on Saturday that “trainer Bob Baffert is now suspended pursuant to CHRB Rule 1484."

"California has thus reciprocated the suspension against Bob Baffert imposed by the Kentucky Racing Commission, which will begin on Monday. Because of the CHRB’s ruling, any trainer on the grounds at Santa Anita Park, Golden Gate Fields, San Luis Rey Downs or Los Alamitos Race Course who may be the transferee of horses from the Baffert barn will be required to apply for stalls for those horses from the Santa Anita or Golden Gate Fields racing offices, as applicable, for review and approval.

"A Change of Trainer form will also be required to be submitted in order to enter races following such transfer.  Horses that are not transferred to a trainer in California will be required to leave the grounds prior to April 4.

"Because the suspension is over 60 days, under the CHRB rules, during the term of the suspension Mr. Baffert will be banned from all enclosures under the jurisdiction of the CHRB and Mr. Baffert shall not be permitted to be involved in the training of horses who have previously been under his care.

"Any trainer who may apply for stalls in anticipation of a transfer will be required to comply fully with any applicable restrictions.

"The CHRB rules require Baffert to vacate his barn at Santa Anita Park prior to the start of the suspension on Monday, along with removing all signage, colors and training equipment belonging to the trainer.

The closing day of Santa Anita’s winter-spring season on June 19, 2022.  The 90-day suspension from the KHRC concludes the following week.