10 away from record, Asmussen has 7 starters on Sunday 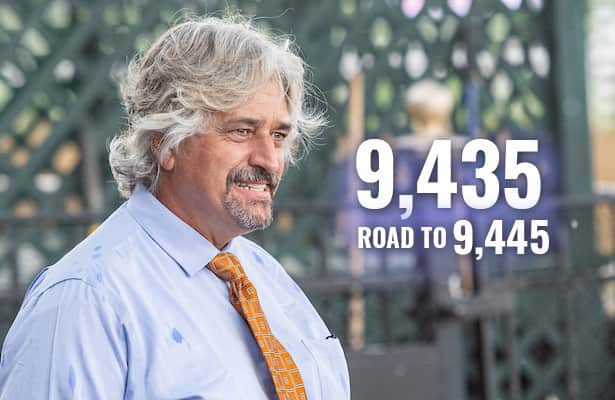 After one win Saturday, Hall of Famer Steve Asmussen has seven starters entered at three tracks Sunday in his quest to break the North American record for most Thoroughbred training victories.

At his rate this year of 1.49 wins per day, Asmussen is on pace to break Baird’s record on or around next Sunday.

The world record is still perhaps 1 1/2 years away for Asmussen. Based in Peru, trainer Juan Suárez Villarroel added one win Saturday and has 9,872 victories, according to the website Página de Turf. Since last fall Suárez Villarroel has averaged about 0.75 wins per day, meaning Asmussen could close the gap by early 2023 if both maintain their current win rates.