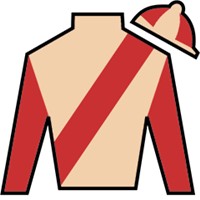 Wicked Strong is a 12 year old horse that was born in 2011 and retired -> race from 2013 to 2015. He was sired by Hard Spun out of the Charismatic mare Moyne Abbey. He was trained by James A. Jerkens and retired -> race for Centennial Farms, and was bred in Kentucky, United States by William F. Lynn. Wicked Strong has raced at Aqueduct, Belmont Park, Churchill Downs, Gulfstream Park, Keeneland, Saratoga with wins at Aqueduct, Belmont Park, Saratoga. His stakes wins include wins in the 2014 Jim Dandy (G2), and the 2014 Wood Memorial (G1).

Breeders Cup 2015: Dishing Out The Dirt On The Dirt Mile
After three consecutive years on the West Coast, t...

Breeders' Cup Classic 2015: Beholder seeks to join Zenyatta
Back in 2009, Zenyatta became the first female to...

Tonalist takes second straight Jockey Club Gold Cup
Tonalist , the Baron of Belmont, got back to his w...