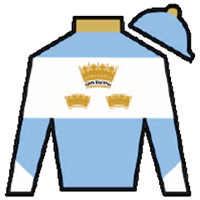 Tom's Ready is a 10 year old horse that was born in 2013 and retired -> race from 2015 to 2017. He was sired by More Than Ready out of the Broad Brush mare Goodbye Stranger. He was trained by Dallas Stewart and retired -> race for G M B Racing, and was bred in Pennsylvania, United States by [Add Data]. Tom's Ready has raced at Aqueduct, Belmont Park, Churchill Downs, Fair Grounds Race Course, Santa Anita Park, Saratoga with wins at Belmont Park, Churchill Downs. His stakes wins include wins in the 2017 Bold Ruler (G3), 2016 Ack Ack (G3), and the 2016 Woody Stephens (G2).

Stewart caps big month with shot at 2017 Cigar Mile
By Jonathan Lintner When stepping a horse up in cl...

Bensons up their investment with aim at Kentucky Derby return
While Tom and Gayle Benson landed both Tom’s Ready...