Gone in 2012, But Not Forgotten
As we say good-bye to 2012, it is time to take a f...
Nate's Mineshaft Wires Mineshaft Handicap
Windy Hill Farms’ Nates Mineshaft took advantage o... 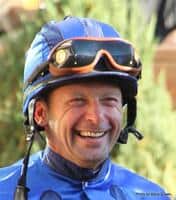