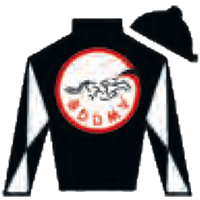 Texas Red is a 10 year old horse that was born in 2012 and retired -> race from 2014 to 2015. He was sired by Afleet Alex out of the Jeune Homme mare Ramatuelle. He was trained by J. Keith Desormeaux and retired -> race for Wayne Detmar, Erich Brehm, and was bred in Kentucky, United States by [Add Data]. Texas Red has raced at Arlington Park, Belmont Park, Del Mar, Santa Anita Park, Saratoga with wins at Del Mar, Santa Anita Park, Saratoga. His stakes wins include wins in the 2015 Jim Dandy (G2), and the 2014 Breeders' Cup Juvenile (G1).

Excitement builds on Exaggerator
Just hours after the San Felipe Stakes, many peopl...

What a View Seeks Fourth Win in a Row in Thunder Road
Grade I winner What a View will seek his fourth wi...