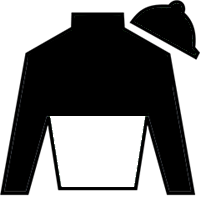 Strike the Moon is a 14 year old mare and has raced from 2010 to 2014. She was sired by Malibu Moon out of the Star de Naskra mare Star Kell. She was trained by Michael J. Trombetta and has raced for R. Larry Johnson, and was bred in Kentucky, United States by R. Larry Johnson. Strike the Moon has raced at Aqueduct, Charles Town, Delaware Park, Gulfstream Park, Keeneland, Monmouth Park, Parx Racing, Pimlico Race Course, Santa Anita Park, Saratoga, Woodbine with wins at Aqueduct, Charles Town. Her has a stakes win at the 2011 Charles Town Oaks (LS).

One more for Groupie Doll before Breeders' Cup
Fred Bradley, trainer Buff Bradley, Carl Hurst and...
Love and Pride the DuPont Target?
Love and Pride, an A.P. Indy filly who has made it...