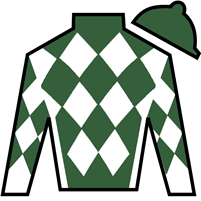 Stealcase is a 13 year old horse that was born in 2009 and unknown -> race from 2011 to 2016. He was sired by Lawyer Ron out of the Cat Thief mare Steal The Show. He was trained by Steven M. Asmussen and unknown -> race for Clark O. Brewster, and was bred in Kentucky, United States by [Add Data]. Stealcase has raced at Aqueduct, Churchill Downs, Gulfstream Park, Hoosier Park, Horseshoe Indianapolis, Keeneland, Monmouth Park, Oaklawn Park, Saratoga, Turfway Park, Woodbine with wins at Churchill Downs, Gulfstream Park, Oaklawn Park, Woodbine. His has a stakes win at the 2012 Ontario Derby (G3).