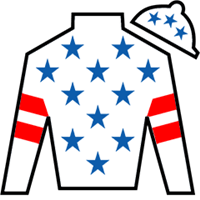 Debuting at Del Mar – Loving the 2-Year-Olds
It might sound strange to say that this is one of...