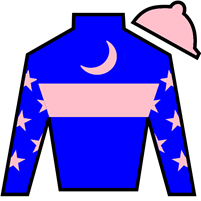 Sheer Flattery is a 9 year old horse and has raced from 2018 to 2021. He was sired by Flatter out of the Grand Slam mare Venus Rosewater. He was trained by Louis Linder, Jr. and has raced for Sorensen, Praven, Hall, Philip, Albertson, Brian and Hall, Mort, and was bred in Kentucky, United States by Amy Boulton. Sheer Flattery has raced at Del Mar, Golden Gate, Los Alamitos Day, Parx Racing, Santa Anita, Turf Paradise, Woodbine with wins at Parx Racing, Santa Anita, Turf Paradise.

Unique Bella one of three weekend stakes runners for Hollendorfer
There are those who have mentioned Unique Bella in...