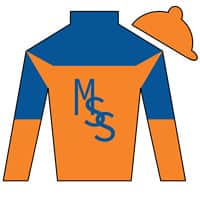 Samitar is a 13 year old mare that was born in 2009 and retired -> race from 2011 to 2013. She was sired by Rock of Gibraltar out of the Rainbow Quest mare Aileen's Gift. She was trained by Chad C. Brown and retired -> race for Martin S. Schwartz, and was bred in [Add Data] by [Add Data]. Samitar has raced at Ascot-GB, Belmont Park, Curragh-IRE, Doncaster-GB, Gulfstream Park, Keeneland, ParisLongchamp-FR, Newmarket-GB, Newmarket (July)-GB, Pimlico Race Course, Saratoga with wins at Ascot-GB, Belmont Park, Curragh-IRE, Newmarket-GB, Saratoga. Her stakes wins include wins in the 2013 Speed Boat (RS), 2013 Fairy Garden (LS), 2012 Garden City Stakes (G1), 2012 Irish 1000 Guineas (G1), 2011 Tattersalls Millions 2YO Fillies' Trophy, and the 2011 Albany Stakes (G3).

Pianist Turns Back Abaco in Athenia
Taking over as the field turned for home, Pianist...

Abaco in Search of Athenia Stakes Glory
A little more than a year after breaking her maide...