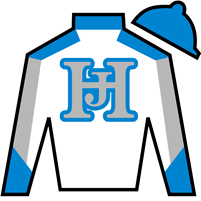 Sahara Sky is a 15 year old horse that was born in 2008 and retired -> race from 2011 to 2016. He was sired by Pleasant Tap out of the Storm Cat mare Seeking The Sky. He was trained by Jerry Hollendorfer and retired -> race for Jerry Hollendorfer Sweetwater Stable, and was bred in Florida, United States by [Add Data]. Sahara Sky has raced at Aqueduct, Belmont Park, Churchill Downs, Del Mar, Hollywood Park, Santa Anita Park with wins at Belmont Park, Santa Anita Park. His stakes wins include wins in the 2014 San Carlos (G2), 2013 Metropolitan (G1), 2013 San Carlos (G2), and the 2013 Palos Verdes (G2).

Grade I millionaire Sahara Sky to join R Star Stallions in Indiana
The Indiana racing program is on the rise and the...

Masochistic dominates the Grade 1 Triple Bend
In a performance that made even money look like a...

Hollendorfer Pair Ready for Triple Bend
Sahara Sky and Wild Dude should have ample pace to...