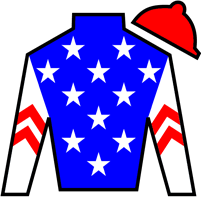 Runhappy offspring are a strong play on synthetic surfaces
After Smile Happy's win in the Grade 2 Kentucky Jo...

Runhappy progeny are cashing in at longer distances
When Smile Happy powered home to a 3 1/4-length wi...

Saratoga opening day: This Reid filly can upset the Schuylerville
Opening day at Saratoga should be a national holid...