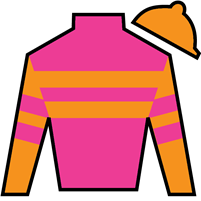 Ruler On Ice is a 14 year old gelding that was born in 2008 and retired -> race from 2010 to 2014. He was sired by Roman Ruler out of the Saratoga Six mare Champagne Glow. He was trained by Kelly J. Breen and retired -> race for George E. Hall, Lori Hall, and was bred in Kentucky, United States by [Add Data]. Ruler On Ice has raced at Aqueduct, Belmont Park, Churchill Downs, Delaware Park, Gulfstream Park, Monmouth Park, Penn National, Parx Racing, Pimlico Race Course, Saratoga, Sunland Park with wins at Aqueduct, Belmont Park, Delaware Park. His has a stakes win at the 2011 Belmont Stakes (G1).

Belmont Stakes Upset Trend
For the second straight year there will be no oppo...

Belmont Stakes (without a Triple Crown on the line) = Big Bucks
In regards to payouts, the Kentucky Derby is often...

Belmont Stakes Winners: Where Are They Now?
The media circus and fan hype is once again in ful...