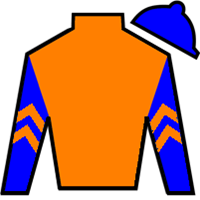 River Rocks is a 13 year old horse and has raced from 2012 to 2014. He was sired by Western Pride out of the Birdstone mare Flip The Stone. He was trained by John P. Terranova, II and has raced for Michael Imperio, James Covello, and was bred in Florida, United States by [Add Data]. River Rocks has raced at Belmont Park, Calder Race Course, Churchill Downs, Gulfstream Park, Keeneland, Penn National, Saratoga with wins at Belmont Park, Calder Race Course, Gulfstream Park, Saratoga.

The King and his Cat keep on keepin’ on
When the two-time champ took the lead on the outsi...

De Francis Dash Receives 34 Nominations
Thirty-four sprinters have been nominated to the 2...

It’s Vyjack who has the lucky day on Super Saturday
Going in, trainer Eddie Plesa, Jr. was banking on...