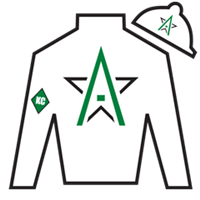 Revolutionary is a 13 year old horse that was born in 2010 and retired -> race from 2012 to 2014. He was sired by War Pass out of the A. P. Indy mare Runup The Colors. He was trained by Todd A. Pletcher and retired -> race for WinStar Farm LLC, and was bred in Kentucky, United States by William S. Farish. Revolutionary has raced at Aqueduct, Belmont Park, Churchill Downs, Fair Grounds Race Course, Gulfstream Park, Oaklawn Park, Pimlico Race Course, Saratoga with wins at Aqueduct, Fair Grounds Race Course, Gulfstream Park, Pimlico Race Course. His stakes wins include wins in the 2014 Pimlico Special (G3), 2013 Louisiana Derby (G2), and the 2013 Withers (G3).

The best ways to bet offspring of 2018's first crop sires
The days may be getting shorter, but the race dist...

Withers continues rich tradition Saturday at Aqueduct
The Withers Stakes has a long history as an import...