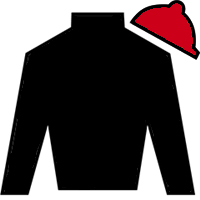 Reload is a 14 year old horse that was born in 2009 and retired -> race from 2012 to 2016. He was sired by Hard Spun out of the Mr. Prospector mare Hidden Reserve. He was trained by Claude R. McGaughey III and retired -> race for Phipps Stable, and was bred in Kentucky, United States by [Add Data]. Reload has raced at Aqueduct, Belmont Park, Gulfstream Park, Keeneland, Monmouth Park, Saratoga, Tampa Bay Downs with wins at Belmont Park, Gulfstream Park, Keeneland, Tampa Bay Downs. His stakes wins include wins in the 2016 Tampa Bay Stakes (G3), and the 2014 Canadian Turf (G3).

Lubash, Reload Square Off in Artie Schiller
A pair of stakes races highlight a nine-race Satur...

If Wise Dan were to be beaten...
When the grand gelding makes his way into the Keen...