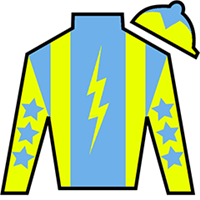 Race Day is a 11 year old horse that was born in 2011 and retired -> race from 2014 to 2015. He was sired by Tapit out of the More Than Ready mare Rebalite. He was trained by Todd A. Pletcher and retired -> race for Matthew Schera, and was bred in Kentucky, United States by Mr. J. A. Miller. Race Day has raced at Churchill Downs, Gulfstream Park, Keeneland, Monmouth Park, Oaklawn Park, Saratoga with wins at Churchill Downs, Gulfstream Park, Keeneland, Oaklawn Park. His stakes wins include wins in the 2015 Fayette Stakes (G2), 2015 Oaklawn Handicap (G2), and the 2015 Razorback Handicap (G3).

Zipse: White Abarrio looks to emulate Skip Away in Ohio Derby
After an extremely tough day at the office in the...

Noble Bird cruises to Track Record win in Fayette
It was a good day at the office for Noble Bird --...

Effinex becomes a Grade 1 winner in the Clark
Whether it is enough to sway voters deciding upon...