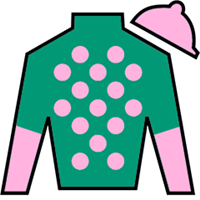 Pure Sensation is a 11 year old gelding that was born in 2011 and retired -> race from 2019 to 2020. He was sired by Zensational out of the Disco Rico mare Pure Disco. He was trained by Christophe Clement and retired -> race for Patricia Generazio, and was bred in Florida, United States by Patricia Generazio. Pure Sensation has raced at Belmont Park, Gulfstream Park, Penn National, Parx Racing, Santa Anita, Saratoga with wins at Gulfstream Park, Penn National, Parx Racing. His stakes wins include wins in the 2019 Turf Monster (G3), 2019 Parx Dash (G3), and the 2019 Pennsylvania Governor's Cup (LS).