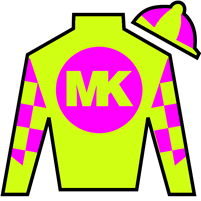 Procurement is a 12 year old gelding and has raced from 2012 to 2016. He was sired by Milwaukee Brew out of the Unbridled mare Free To Soar. He was trained by Michael J. Maker and has raced for Maxis Stable, and was bred in Florida, United States by [Add Data]. Procurement has raced at Arlington Park, Belmont Park, Del Mar, Hollywood Park, Laurel Park, Santa Anita Park, Saratoga with wins at Hollywood Park, Santa Anita Park, Saratoga. His has a stakes win at the 2013 La Puente Stakes (LS).

Gervinho breaks through in the Sir Beaufort
Consistency is something the world needs more of....

Tom's Tribute Serves Notice in Uniformity
The heavy even money favorite in a field of six, T...